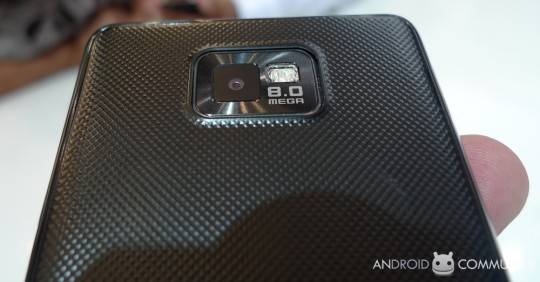 Today must have been a productive day for the FCC. Samsung’s SGH-i927 just got approval today with AT&T HSPA+ radios on board. The first time we saw the SGH-i927, we thought it might be a keyboard bearing version of the Samsung Galaxy S II. Since the Galaxy S II Attain has already been cleared by the FCC so AT&T might end up with two Galaxy S II’s after all.

The Galaxy S II is FINALLY almost in America so the stragglers gotta get through the FCC. We’re still not sure that this phone will officially be a Galaxy S II, but Verizon did have the Fascinate and Continuum. We’ll see in a few weeks when Samsung finally shows off what its bringing to the U.S.

The FCC doesn’t reveal much about the phone. What we do know from the photos we’ve seen is that it has an 8 MP rear camera, a front facing camera and a slide out four-row keyboard. The phone is also running TouchWiz on top of Gingerbread. It won’t be as slim as the original Galaxy S II, but could give some tough competition to the Droid 3 for keyboard lovers if it gets announced with the other GSII variants in two weeks.