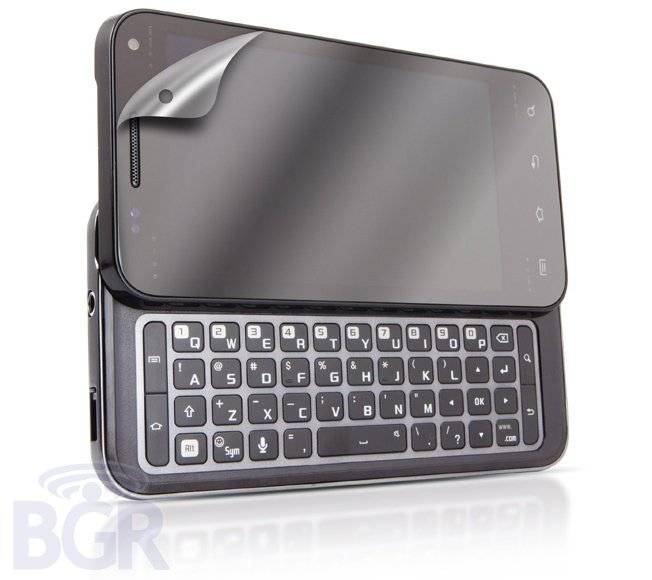 Well what do we have here? Well its not a Galaxy S II, so that’s upsetting. It IS a render of a Samsung slider phone supposedly headed for AT&T sometime in the near future. Will this just be another mid-tier phone, or could it be a Galaxy S II variant (a la the Epic 4G)?

Last week we talked about the upcoming Sony Ericsson Xperia Pro possibly headed towards AT&T. For those of you looking for a little more power under your hardware keyboard, this Samsung slider may be for you. BGR claims that the phone will be a flagship device, suggesting that it will be a bit more cutting edge spec-wise.

It’s about time we started hearing about some new phones, even if we’re still waiting for the release of some of the last batch (ahem Galaxy S II and Droid Bionic…). We don’t know much about this phone other than what we can gather from this picture.

Clearly the big feature here is its keyboard. Like the Epic 4G, this phone has physical versions of the four Android buttons on the keyboard as well. Finally there’s a front facing camera. We’ll have to wait for some more details before we can draw any real judgements.