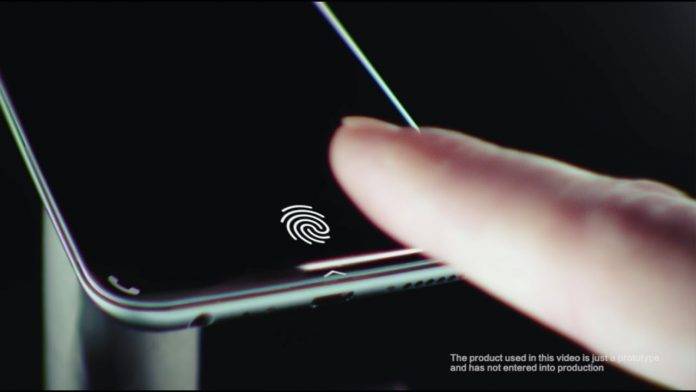 We recently wrote about some intellectual property documents that showed the possibility of the Samsung Galaxy Note 9 having an in-display fingerprint sensor. Just a few days after, we now have this report that Samsung will probably be nixing the in-display sensor, to the sadness of the multitude of Samsung fans out there. Samsung – and all the other manufacturers, actually – were beaten to the punch by Chinese manufacturer Vivo, placing an optical sensor on the Vivo X20 Plus UD, but it seems that there will be no reply from Samsung this year.

This new report comes from Korean business news outfit The Bell, and it says that Samsung has just recently stopped their plans of putting an in-display fingerprint sensor on the Galaxy Note 9. According to the same report, the Note 9’s fingerprint sensor will still be placed on the back of the device. The report further intimates that there are already a number of sensor companies that have been supplying Samsung with in-display fingerprint sensors, but for some reason, bringing the feature to a marketable device has been delayed due to “technical difficulties.”

There were rumors that the technology would appear on the Galaxy S8, but that didn’t happen. These rumors continued to circulate more recently about the upcoming Samsung Galaxy S9, but they were short-lived. Leaks in November showed that the Galaxy S9 will not be carrying the feature. Instead, Vivo teamed up with Synaptics to put out the world’s first device with an in-display fingerprint sensor.

Most reviews of the Vivo X20 Plus UD say the same thing – having the fingerprint sensor up front feels very natural and seems like the right place to put the sensor all along. It will now be up to other manufacturers to carry this feature through this year, as Samsung fans will probably have to wait until next year to see this technology on a Samsung device. Unless, of course, this is a clever bit of misinformation from the Korean manufacturer. But very few will bet on that.