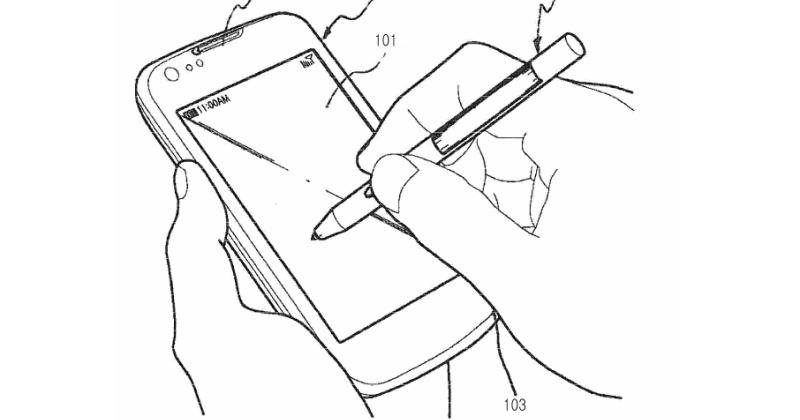 It seems that Samsung might be eying a rather big shift in how it implements its S Pen technology. The Korean Intellectual Property Rights Information Service or KIPRIS has just published the manufacturer’s patent application for a technology that utilizes ultrasound waves in order to pinpoint the location and state of a stylus when used with a mobile device such as a smartphone.

Samsung’s current S Pen feature utilizes a digitizer that it licensed from Wacom, the industry leader when it comes to such technology. While it does afford Samsung’s phablets and tablets some degree of accuracy better than other brands, it is also likely more expensive. It is perhaps that same price consideration that drove Microsoft to ditch Wacom and go for rival N-Trig in the latest Surface 3 tablet. If Samsung were indeed able to bake its own solution, it would be able to cut out the middle man and reduce its reliance on external technology. That and the absence of a dedicated digitizer could reduce the thickness of future devices.

That said, Samsung isn’t exactly the only tech company looking into employing ultrasound waves to replace your usual digitizer. Qualcomm has actually also been toying around with the technology, which it has demonstrated early this year in tablet size and in May in phablet size. In terms of theory, the two implementations will largely be the same, employing sensors on the device to detect the ultrasound emitted by the stylus. In Samsung’s case, the sensors are located in each corner of the device. Hopefully it will also have the same pressure sensitivity that Qualcomm’s system has. It may even have that amusing, but probably impractical, “drawing on a paper beside the tablet” feature. 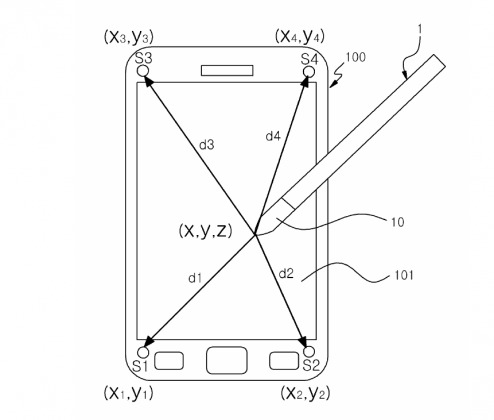 The patent seems like a perfect fit for a Galaxy Note 4, but the timing of the patent publication could be bit off, considering that the next S Pen phablet is expected to be unveiled in about two months. Qualcomm might also have a word or two to say about it, maybe even in patent court. Samsung’s patent was just published this week in Korea, but Qualcomm’s equivalent was published last year in the US. At the very least, Samsung might not be able to sell such a device in the US, if it does push through with the technology. And should it do so, it might be flying solo, at least for a while, since this type of technology, though interesting and intriguing, is still unproven in the market.