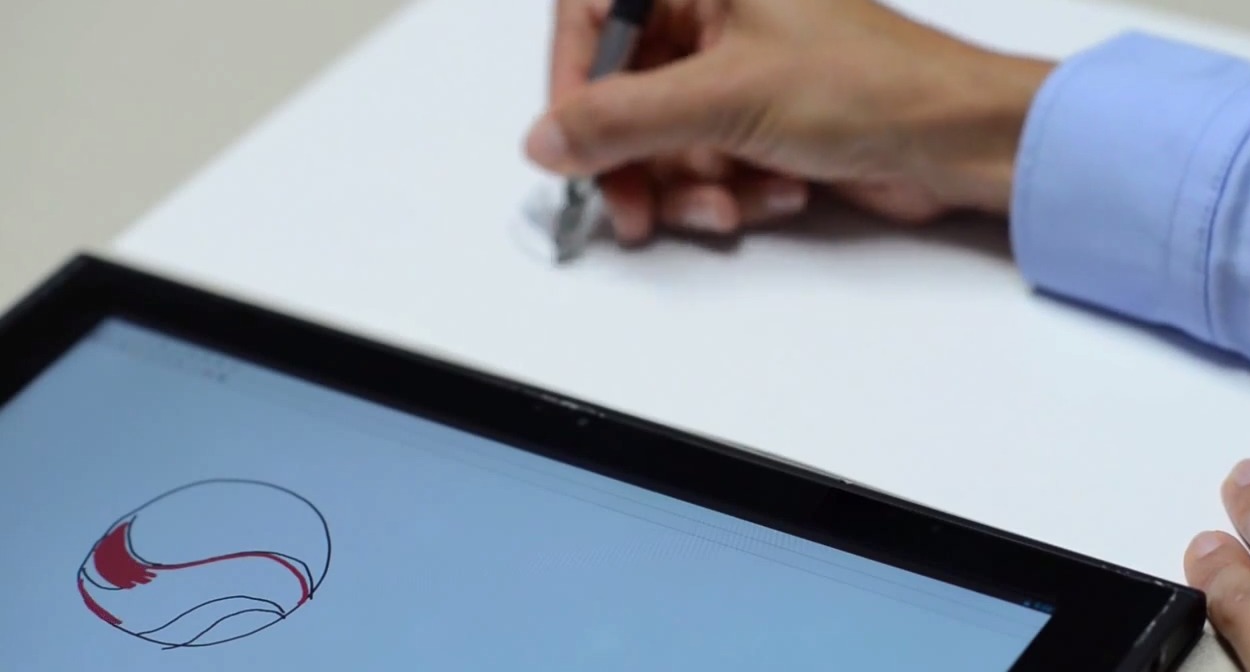 Styli are a pain. They have these soft, rubbery tips that don’t really do what you want, and they’re kind of expensive. Some even get in the $100-and-up price range, which is just absurd. Sometimes, we just want to draw on paper, and have the image just appear on our tablet or smartphone. Qualcomm is promising something big for styli and tablets, and it’s got our attention.

Noting that they’ll bee at CES next week with one to show off, Qualcomm is touting their Ultra Sound NotePad with stylus as something wholly different. Saying the tablet has “microphones that can hear ultrasonic vibrations”, Qualcomm shows a stylus and tablet combo that is responsive and accurate. More interestingly, the stylus can draw on paper, and the image will appear on the tablet.

From there, it looks as though we can take all the fun we try to have with tablet art and bring it to paper. Selecting colors in the app acts just like it would if you were drawing on-screen, except you’re not. You’re drawing on paper. Mind blown yet? Ours is.

Many have tried to make great styli that outdo the next, but overall, this combo might be onto something. Of course, it’s limited to Qualcomm’s Snapdragon 805 processor, and what looks to be one particular tablet right now. While some like the S Pen have done a great job in their own right, this has the potential to be a widespread hit. Think of filling out paperwork that isn’t even paper.