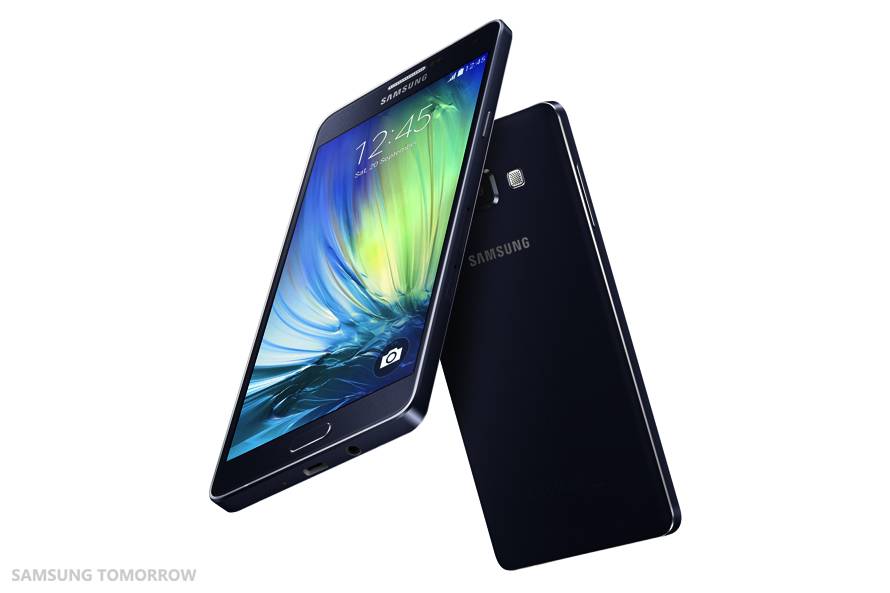 We’ve been waiting a while for this one, and it seems that when Samsung was on the verge of announcing the device, they held back. No holding back now, the Samsung Galaxy A7 – the slimmest of all Samsung smartphones to date at 6.3mm – has been officially announced by the South Korean tech giant.

We’ve known for a while that the Galaxy A7 was going to be one slim phone, but the announcement confirms that it is going to be sporting a vivid 5.5-inch HD (that’s 720p to you) Super AMOLED display. There will be two variants, an LTE only model and a dual-SIM LTE/3G model, but both will be powered by octa-core processors with big.LITTLE architecture. The LTE one will be sporting a 1.8Ghz quad + 1.3Ghz quad proc, while the dual-SIM model will have a 1.5Ghz quad + 1.0Ghz quad proc. 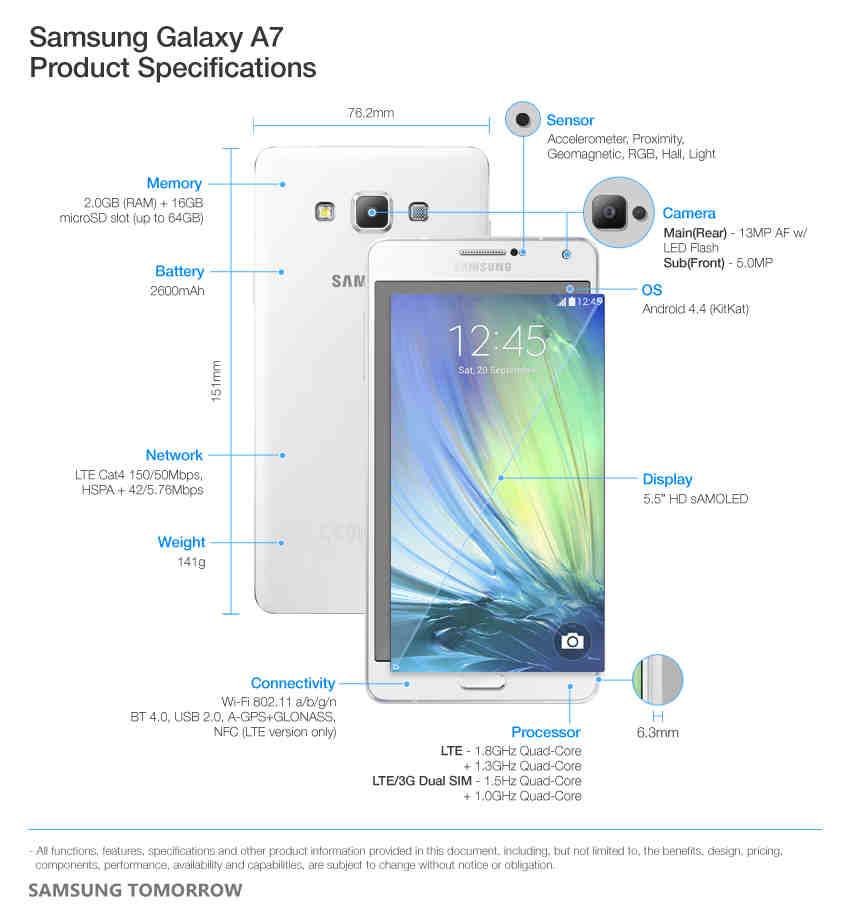 That will be supported by 2GB of RAM on both models, and 16GB of internal storage. Being that this is part of Samsung’s A-series (known for its metallic aesthetics and build), you might think that there will be no microSD slot – but Samsung has seen to it that users will have expandable storage (up to 64GB) via microSD. There will also be a slightly better battery than most Samsung A series units, with the Galaxy A7 having a 2,600mAh one. There’s a 13MP/5MP camera combo, and the phone will be running Android 4.4 KitKat out of the box. There should be a Lollipop upgrade along the way.

Malaysia is one of the first few markets announced to be seeing the Galaxy A7 for sale, with the unit reportedly heading to the country in February. There is no information as of yet as to the pricing, but rumors in Malaysia say that it could be around USD$420.00

[UPDATE] Samsung has seemingly recanted its earlier press release that labeled the Galaxy A7 as having an HD screen only. It has now updated its materials to note that the smartphone indeed has a Full HD display, reflecting earlier sightings and leaks.