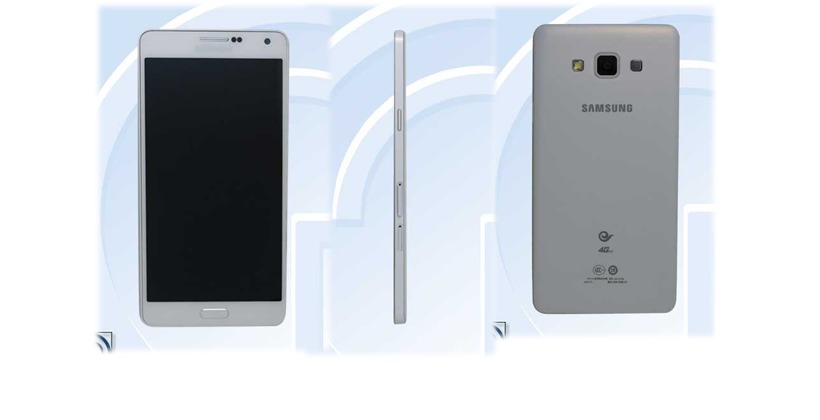 Samsung has yet to announce the Samsung Galaxy A7 – still a part of its “A series” of phones which are out to prove that yes, Sammy can create metal-bound smartphones – but it has shown up rather predictably at the TENAA, or China’s Telecommunication Equipment Certification Center. Its approval by the Chinese certification body means that it should be pushing to market pretty soon, and that we’ll be getting an official announcement any day now.

But before that, here is the Samsung Galaxy A7 in all its glory – probably one of the thinnest, if not the thinnest smartphone the Korean gadget giant has ever produced. It comes in at 6.3mm, just a tad bit thinner than the Galaxy A5 and the Galaxy Alpha at 6.7mm.

As part of Samsung’s Galaxy A series, the A7 does not depart from its predecessors, namely the Galaxy A5 and Galaxy A3. But one point of difference is that is heck larger than those two. The Galaxy A7 sports a 5.5-inch 1080p screen, and is powered by a 64-bit octa-core processor in the Qualcomm Snapdragon 615 clocked at 1.5Ghz per core.

The phone will also have LTE connectivity, a 13MP/8MP camera combo, 2GB RAM and 16GB of non-expandable internal storage (no microSD slot). It will come out with Android 4.4.4 Kitkat, but it should be reasonable to expect that a Lollipop update will soon happen.