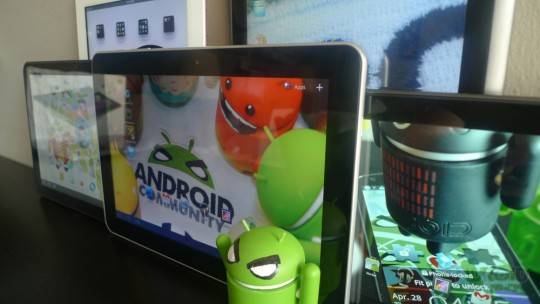 In an interview given with the Wall Street Journal today (May 30, 2011,) JK Shin, head of Samsung Mobile Communications, hinted at several important points, the most immediately important of which being that although they’d very recently reduced the price of the Samsung Galaxy Tab (original 7-inch) to $199 – and that the “company would be willing to lower prices further in order to gain more share.” This comes amid news that Samsung did indeed have “plans to deepen its relationship with Google Inc. by depending on the U.S. company’s Android mobile device software to run future versions of its tablets.”

Of course everyone else in the world other than the interviewer knew that Samsung would dedicate themselves to Android, especially since they’ve grabbed significant success with them thus far. The Samsung Galaxy S series of Android phones are THE best selling series in the world, and with their new Galaxy Tab 10.1 and 8.9 on the way set to compete directly with Apple’s iPad, they’ve got nowhere to go but up. For a better look at what you’re going to be getting from the 10.1 version, have a look at our full review of the limited edition Google I/O version of the hardware.

We’re hoping this news bit spreads to the other versions of the Galaxy Tab whose 10.1 prices include $499 for the 16GB version and $599 for the 32GB version. These price points are of course set to go in direct competition with the iPad 2 whose cheapest price is set at $499 as well. And what about Samsung’s own mobile OS Bada? Does anyone weep for the disappearing system?

Younghee Lee, senior vice president of sales and marketing notes that Samsung certainly isn’t abandoning Bada, only putting it aside for the moment. “When there is a market need for our own software, we will consider it but that’s not our plan at the moment,” Ms. Lee said. Perhaps a Bada / Android tablet is on the horizon? Don’t hold your breath! Meanwhile have a look at Samsung’s newest interpretation of Android for tablets, as filmed back at CTIA 2011: