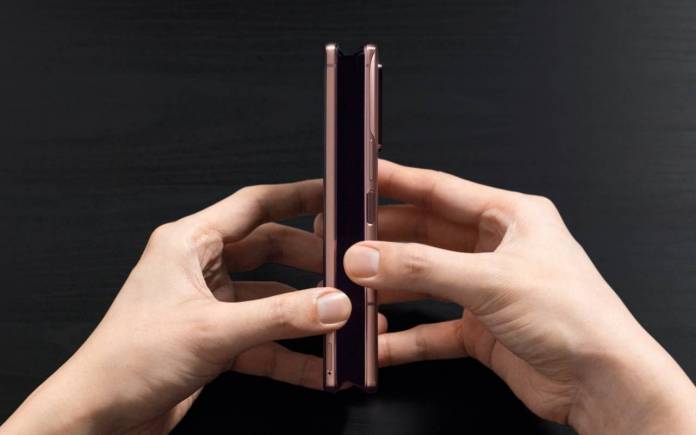 The Samsung Galaxy Z Fold 2 turns out to be real. Not that we ever doubted it’s arrival, we just wanted to be sure about its name. The Galaxy Fold 2 is officially called the Samsung Galaxy Z Fold 2 which means the foldable phone is now under the Galaxy Z series. People are saying the new foldable phone is more ready compared to the original model. That one had gone through a lot including its first release being delayed due to display issues. The South Korean tech giant fixed it successfully but the device still didn’t feel ready.

Samsung soon made a follow-up with the Galaxy Z Flip but in a different form factor. It’s still not perfect but we’ve seen some improvements. The company has learned from the first two models and so we’re excited to know if the Galaxy Z Fold 2 is better.

The phone is an improved version. It should be. For almost $2,000, the consumers deserve their money’s worth. The new Galaxy Fold looks almost the same as the first-gen but with noticeable enhancements like a bigger outer display.

The foldable phone opens to turn into a small tablet. When opened, it’s a bit squarish which makes viewing Instagram or watching square videos a delight. The external 6.2-inch Super AMOLED touchscreen is very decent. You can use it like any ordinary smartphone. It boasts a punch-hole selfie camera.

When opened, the foldable display stretches to 7.7-inches. It comes with a 120Hz refresh rate. It also has a punch-hole selfie shooter. Samsung has utilized the Ultra-Thin Glass also found on the Galaxy Z Flip.

The cameras on the rear are found on a rectangular camera module that includes three sensors plus an LED flash. The phone is powered by a 4500 mAh dual battery. When it comes to the hinge, the Galaxy Z Fold 2 takes on the Galaxy Z Flip’s mechanism that can be opened at different angles. This allows you to prop the device at any angle you want whether for watching videos or taking a selfie.

The Galaxy Z Fold 2’s screen is larger compared to other Android phones. It can be its selling point. The foldable screen may still not be perfect but you can be more productive with it. It will still need your TLC.

Like the Galaxy Note 20 and Note 20 Ultra, you can use the Galaxy Z Fold 2 with Microsoft programs. Take advantage of synchronization with Your Phone tool on Windows. Samsung DeX is now fully-wireless so you can cast it to a display or smart TVs via Miracast.

The $2,000 price is just an estimate. Samsung has not officially announced the pricing yet but we know it’s impossible to go below a thousand dollars. Reserve your Samsung Galaxy Z Fold 2 HERE.