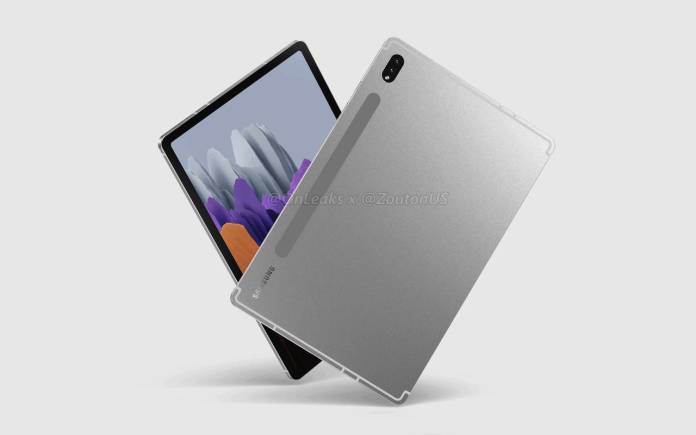 The Samsung Galaxy Tab S8 series has yet to be officially announced. Before the product launch, we anticipate more details and images will surface on the web. As early as May, specs of the different variants were leaked. We noted there would be an Ultra model with an Exynos 2200 chip or a Snapdragon 898 processor. The Galaxy Tab S8 Ultra is also said to come with a massive 14.6-inch screen and the tablet may come in limited units. The latest information we received were actually image renders.

The upcoming tablet series from the South Korean tech giant will also include a Lite variant. It will be cheaper and will come with lower specs. It may also be considered as the Fan Edition (FE) since it will be the more affordable version.

The Samsung Galaxy Tab S8 Lite was sighted with model numbers SM-X500 and SM-X506B. It will be the fourth variant, coming after the Galaxy Tab S8 (11-inch), Galaxy Tab S8+ (12.6-inch), and the ultimate Galaxy Tab S8 Ultra (14.6-inch). A lite version usually follows after a few months but we won’t be surprised if Samsung just releases all four at once. But then Samsung may have to wait a bit to see what variant will quickly sell.