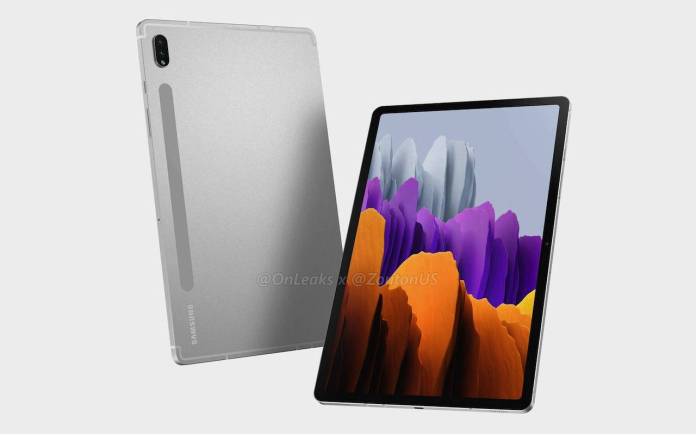 Samsung has yet to announce the new Galaxy Tab S8 series. There will be two variants: the regular Galaxy Tab S8 and the Galaxy Tab S8 Ultra. A Galaxy Tab S8+ may also be revealed. We noted earlier there may not be an AMD-based Exynos chip and they would run on Snapdragon 898 processor instead. But then we later shared the tablets could still use an Exynos 2200 chipset. The Ultra variant could come with a massive 14.6-inch display and may be released in limited units. The Galaxy Tab S8’s display will be smaller at 11-inches.

The flagship Galaxy Tab S8 series tablets will run on Android 11 out of the box but we’re assuming Android 12 will be released soon. Of course, it will be topped by the latest One UI version.

When it comes to the camera department, the tablet will have dual 13MP and 5MP on the rear with Auto Flash, Auto Focus, Touch to Focus, and Face Detection. Launch may be in the early 2022 (January or February) so until then, let’s take things with a pinch of salt.

The image renders from our source show us the clean design of the premium tablet. Like the Galaxy Tab S7, there is a horizontal band on the rear. The Samsung logo is also horizontal. 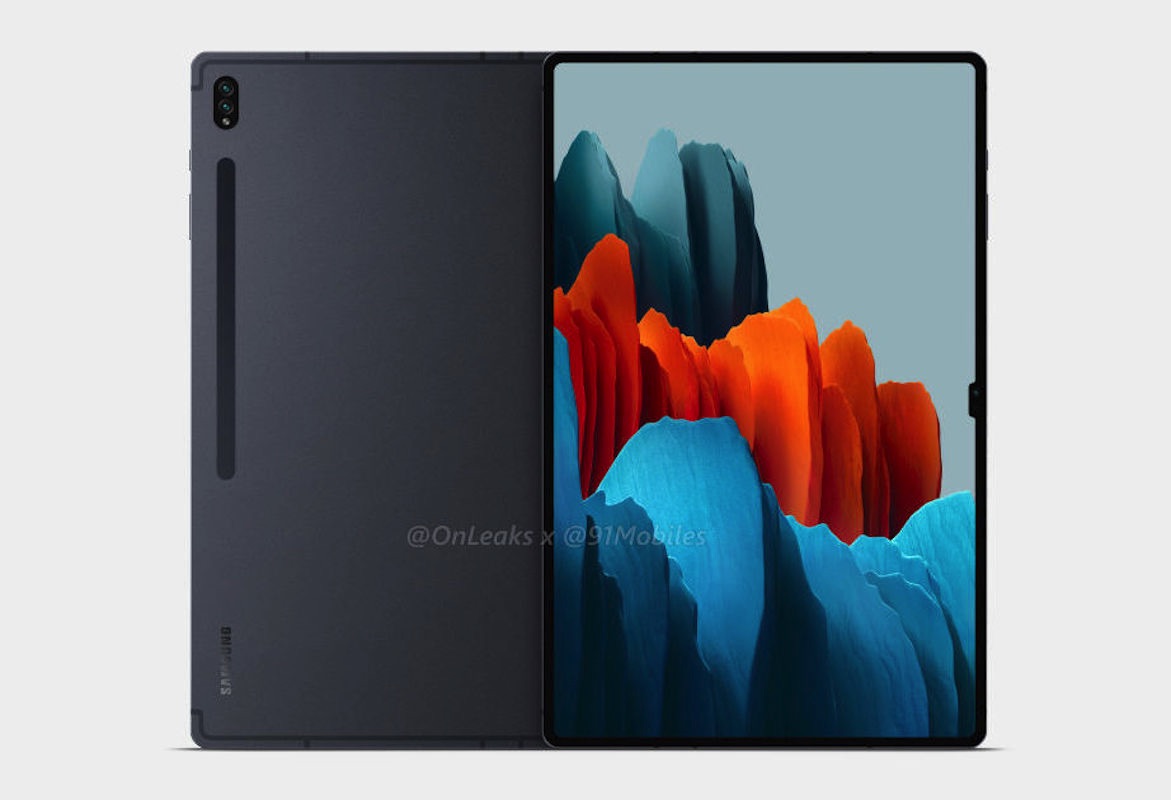 As for the Samsung Tab S8 Ultra, it will be the more premium version. Notice the slim bezels and the notch for the front-facing camera. It will also come with dual rear cameras. There will be quad speakers for better audio.

91Mobiles and OnLeaks teamed up once again to produce this set of new renders. They look similar to the Galaxy Tab S8, as well as, the iPad Pro from Apple.

The Samsung Galaxy Tab S8 Ultra will have a 14.6-inch screen. On the back, there is the same magnetic strip for the S-Pen and pill-shaped dual camera module. It doesn’t seem to have a headphone jack. The usual USB Type-C port is present.

The tablet is said to be announced this coming November or December. That’s different from the January or February 2022 launch predicted by Zouton. At this point, we’re just interested in the specs and pricing of the future Galaxy Tab S8 series. We want the next-gen tablets more powerful and more affordable.