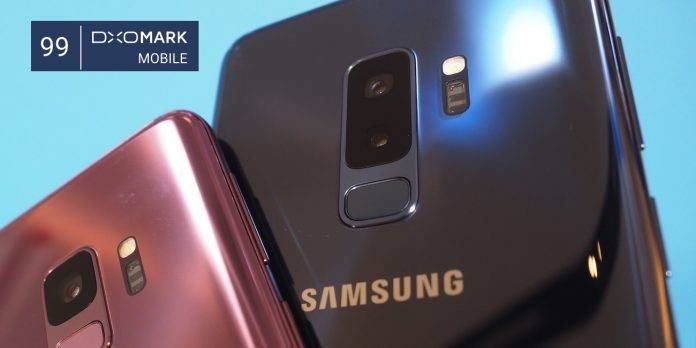 DxOMark has a new winner. We can’t say we’re totally surprised but the new top ranking mobile phone on the benchmark site is the latest Samsung Galaxy S9 Plus. The smartphone that was launched over the weekend at the Mobile World Congress 2018 has taken Barcelona captive with its impressive camera. We’ve only got our hands on the Galaxy S9 and the S9+ and we have yet to make a comprehensive review but we can say the premium specs all work to make each one a powerhouse.

Samsung has teased the public the phone is going to have a “reimagined camera” that is “engineered for the shutterbug”. We only saw a promo video and now we have an idea how it works. Of course, nothing really beats the experience of using the camera for yourself but knowing the S9 Plus is number one on DxOMark is enough to convince us.

The Samsung Galaxy S9 Plus‘ camera is different from what’s on the Galaxy S9. The Plus variant has a dual camera setup while the S9 only has a single rear shooter. The Galaxy S9 Plus comes equipped with a 12MP main camera (1/2.55″ sensor and f/1.5 / f/2.4 variable aperture lens), 12MP secondary camera (/3.6″ sensor, 2x tele and f/2.4 aperture lens), OIS on both lenses, LED flash, Dual-pixel PDAF on main camera, 4K video recording capability at 60fps, and 720p super-slow-motion video at 960 fps.

The phone has an almost perfect score of 99–beating last year’s Google Pixel 2 that scored 98. THis DxOMark Mobile test analyzes a device by capturing and evaluating over two hours of video and 1500 test images in natural indoor/outdoor settings, as well as, controlled lab environments. DxOMark has changed camera protocols last year so the results are more accurate. 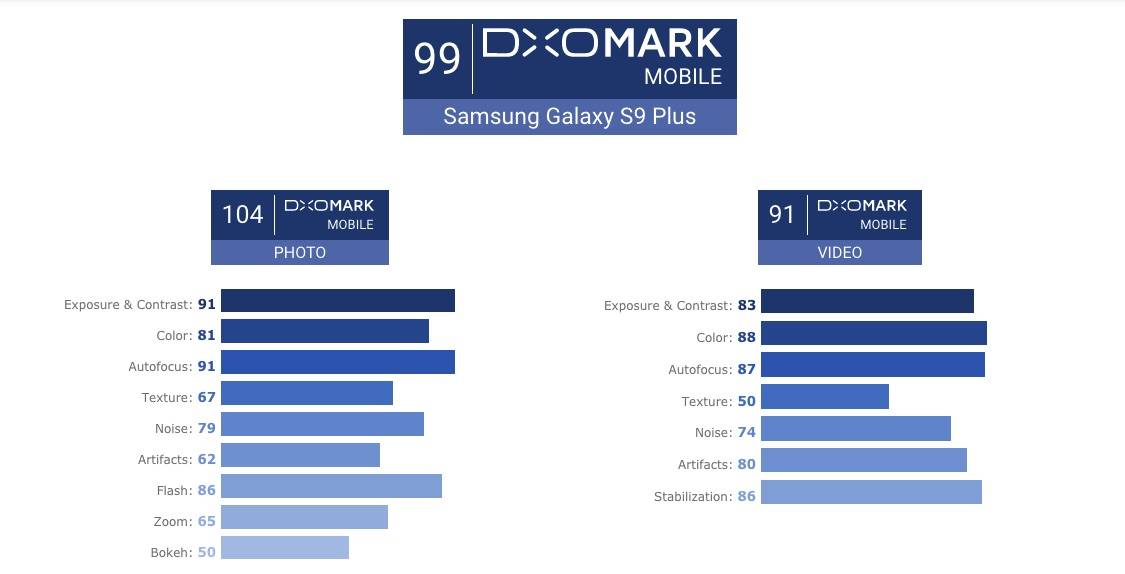 The Samsung Galaxy S9 Plus scored 104 on Photo. We don’t doubt the number because of the camera’s high performance. For one, noise is very well-controlled in almost all conditions. Outdoor and indoor shooting conditions show fairly good detail while autofocus is fast and accurate. In most situations, colors are bright and vivid. Zooming up to 4x magnification delivers excellent resolution. There are only occasional exposure instabilities and noticeable ringing, color fringing, and loss of sharpness in the field. Slight color casts are also occasionally noticeable.

When it comes to Video, the S9 Plus can capture videos with bright and vivid colors. It offers good target exposure and fast exposure transition. Autofocus is stable and fast while there’s good noise reduction on all conditions and good stabilization. There are a few downsides though: occasionally visible stepping during exposure convergence, visible residual global motion, loss of fine details in most conditions, and strong ringing and moiré effect.