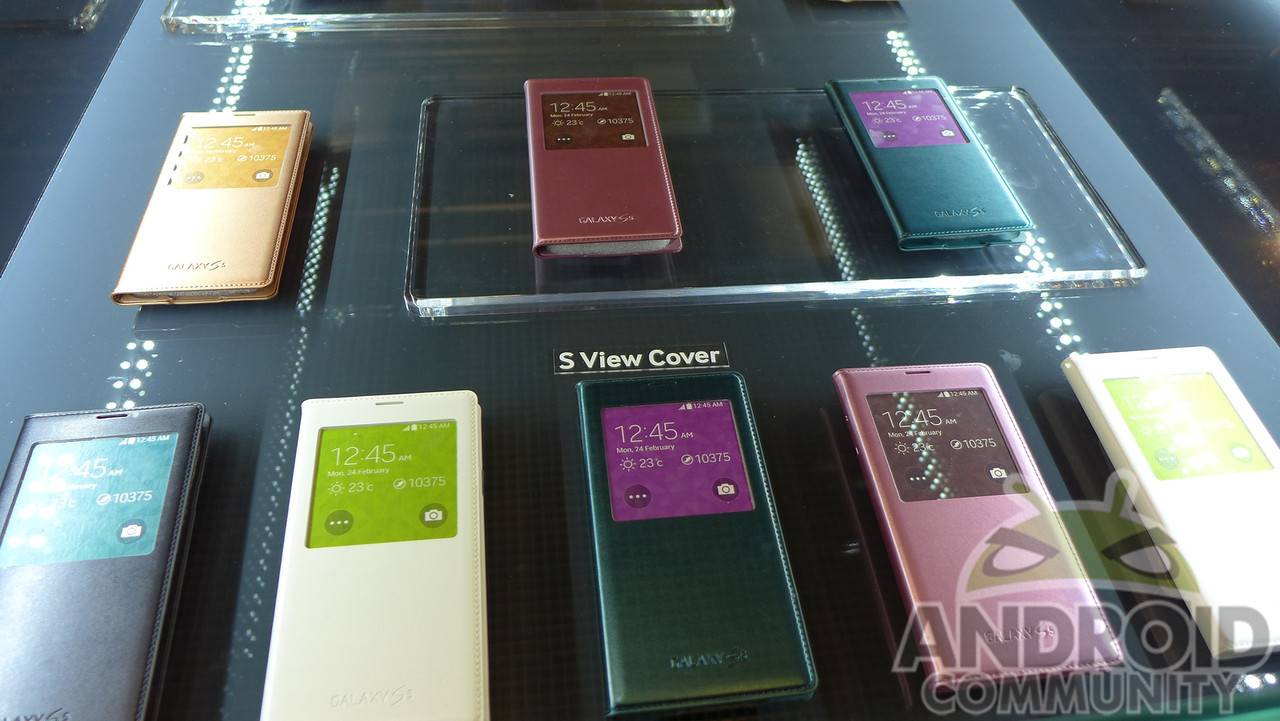 The Galaxy S5 cases were just like what we have been seeing from Samsung. That is to say they were showing an S View Cover, and a Flip Wallet. Naturally, these are going to be available in a variety of colors. Both of these case options cover the back, with (as the names would suggest), a cover that flips over the front. 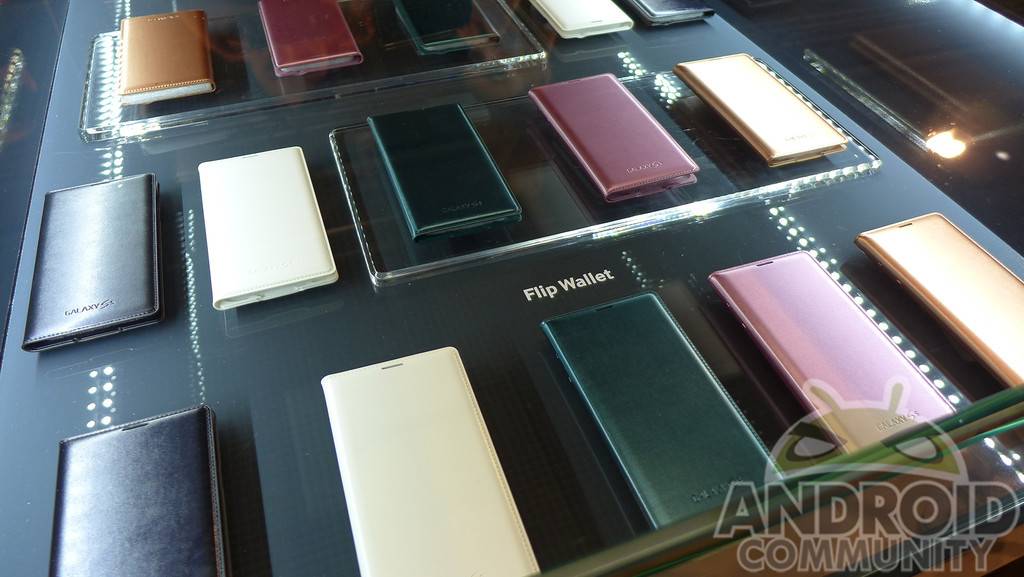 The main difference between the two is the opening on the S View Cover. The opening on the cover means you will still have protection for the display, but also be able to see and access key bits of information such as the time and other notifications. The third case being shown was an S View Cover with wireless charging capabilities. 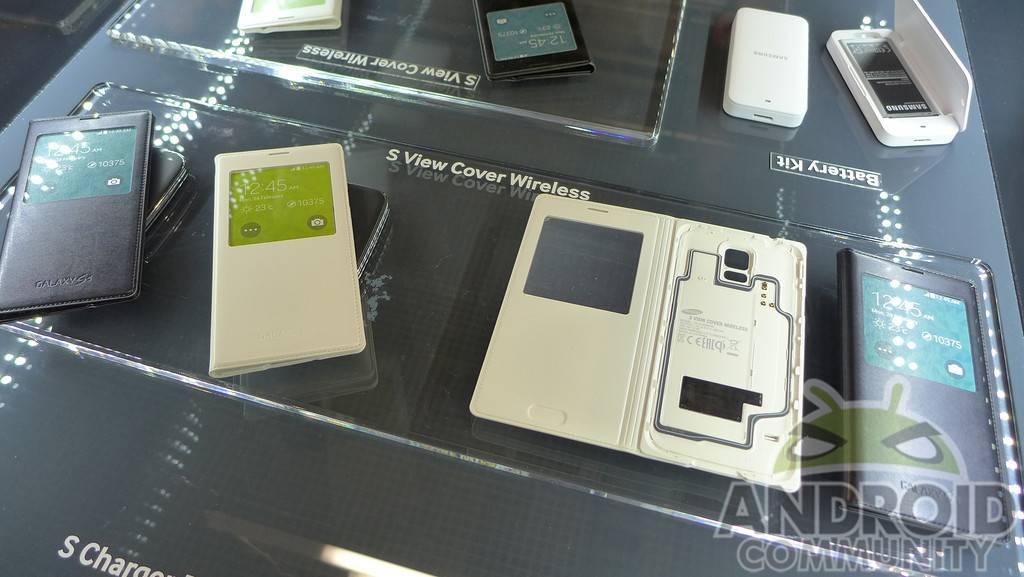 This one is just like the regular S View Cover, however as you’ll see from the image, the back cover portion has the necessary components to have your Galaxy S5 charging without wires. This case can then be paired with the S Charger Pad, which was nothing more than a square (with rounded corners) charging pad. While it was nice to see these official Samsung case options, there wasn’t anything really surprising. 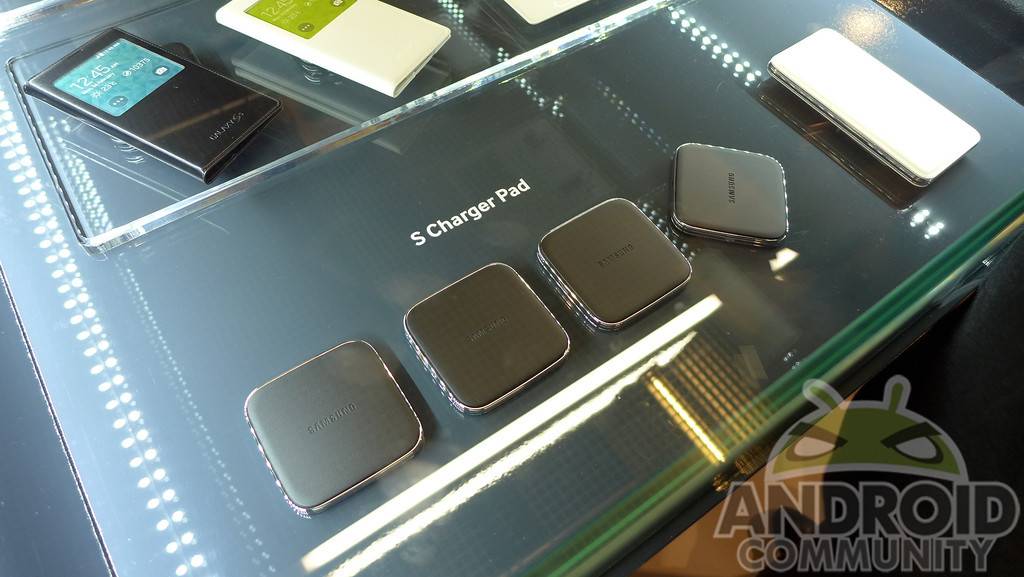