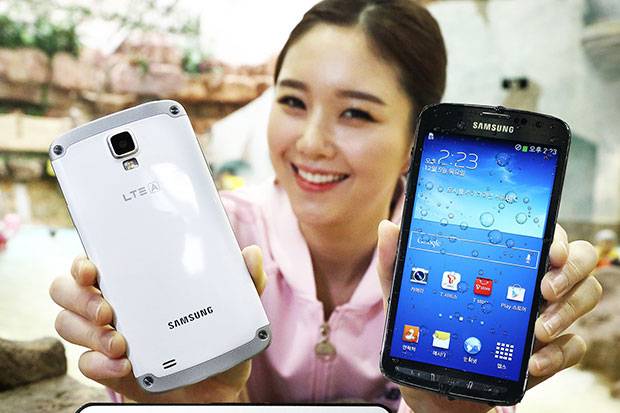 It’s been a few months since we’ve last heard of rumors about a revamped Galaxy S4 Active heading to Samsung’s home court but now it seems that is has become real. The new Samsung Galaxy S4 Active, sporting LTE-Advanced support and a new processor has finally landed in Korea.

What makes this news worth mentioning is that this device, which was launched along with the Galaxy S 4 flagship, now sports a processor higher than that flagship. Confirming earlier rumors, the Galaxy S4 Active with LTE-A does indeed run on a Qualcomm Snapdragon 800, which has somewhat become the de facto standard of high-end models these days. Not only that, even the rear camera has been boosted to 13 megapixels from the previous 8 megapixels.

Samsung has also put out similar changes to the Galaxy S 4 itself, outing the Galaxy S 4 Advance, which also touts a Qualcomm Snapdragon 800 instead of the Snapdragon 600 that came with the original model. This would bring the Galaxy S 4 on par with more recent smartphones in terms of raw processing power. And yes, it does support LTE-A networks as well. Unfortunately, this “Advance” version of Samsung’s flagship has only been seen in Europe, particular in Germany and France.

The Samsung Galaxy S4 Active with LTE-A is expected to sell for 900,000 won, or roughly $860. Now the question is whether Samsung has any plans to officially take this, as well as the Galaxy S 4 Advance, to the US market any time soon or will it be holding off just to pave the way for the mythical Galaxy S 5.