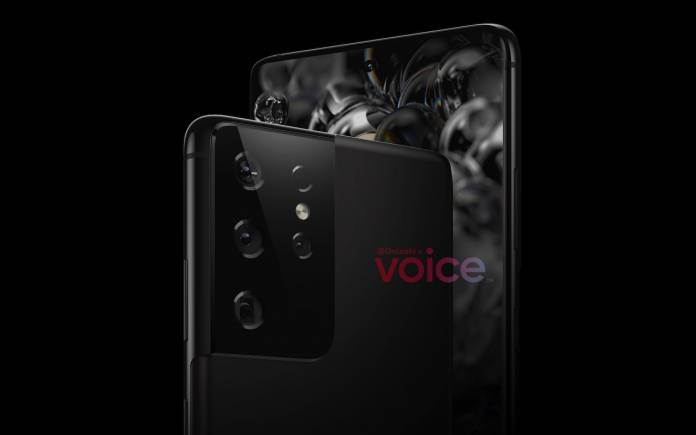 In about a week, the world will get to see the new premium flagship series from Samsung. The South Korean tech giant is preparing for the Galaxy Unpacked 2021 event which is happening on January 14, Thursday. Much has been said about the phones but more details are always welcome. The launch is a month earlier than usual. We know there will be three variants: the regular Galaxy S21, Galaxy S21+, and the Galaxy S21 Ultra. The last device will even come with S-Pen support as Samsung promises to extend the Galaxy Note experience to other phones.

Voo has also shared some images of the phones plus an overview of the specs and features. They are basically similar to what we’ve been seeing the past few months. There is no information though on exact availability and release date but usually, Samsung makes the new phones available two weeks after the Unpacked event.

The Galaxy S21 series still has that Galaxy S look and feel but the camera module has been changed. It now extends to the side from the rear.