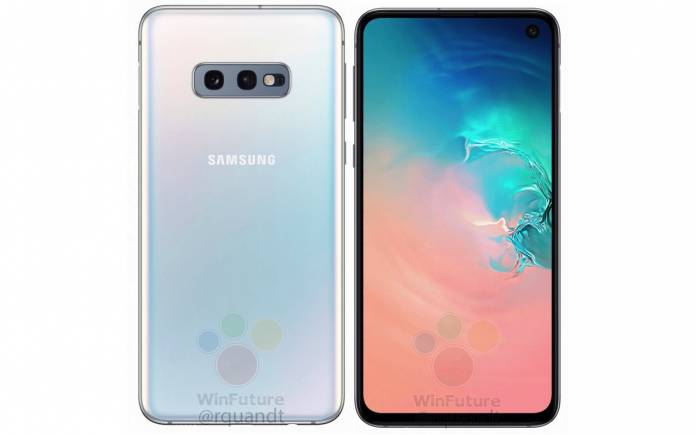 More information about the Samsung Galaxy S10e phone and the other S10 variants are being made public or confirmed. The lite variant, the Galaxy S10e, is the most affordable among the three models. We’ve seen live images of the Android phone a while ago and confirmed the camera hole in the display for the selfie camera. What we have here now are official press photos in higher resolution. There are not just renders but we believe are real, official images from the company.

The €750 ($850) Galaxy S10e’s flat screen is only 5.8-inches. It will arrive with a fingerprint reader on the right (no under-display), headphone jack, 6GB RAM, 128GB onboard storage, 3100 mAh battery, and dual real cameras (versus three on the bigger variants).

The phone will be out in Pear White, Prism Green, Prism Black, Canary Yellow, and Blue. Price will be around $850.

The Samsung Galaxy S10e may support WiFi 6 as per a recent FCC document. The new pictures below are somehow similar to the old rendered images that appeared online over the weekend.