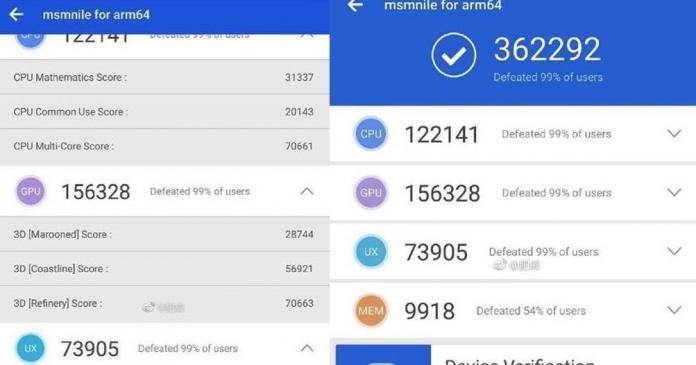 Next year will be more exciting for the mobile industry as new technologies and innovations will be implemented. We’re so looking forward to the foldable-flexible display plus the multiple cameras on upcoming flagship phones. When it comes to AI, we believe phones will get “smarter” with on-device AI processing. There’s also the fact new processors are available. Huawei has already introduced the Kirin 980 while Samsung has the Exynos 9820. As for Qualcomm, there’s the Snapdragon 8150 that will be used on premium smartphones.

What we thought would be the Snapdragon 855 processor is now Snapdragon 8150. The newest premium mobile processor is expected to be added to the standard Adreno GPU, Kryo CPU, Spectra ISP, and Hexagon DSP as we described earlier. More AI features will also be added.

The chipset has been benchmarked already so we have an idea it will be more powerful than ever. There is a possibility flagship Androids to be released in 2019 would outpower the latest iPhone.

On AnTuTu, the processor reached a high score of 362,292. That’s the highest for any Android device tested so far. The Qualcomm 8150 has overtakes the Kirin 980 on the Huawei Mate 20 Pro and the Galaxy Note 9 with Snapdragon 845.

AnTuTu has listed the A12 Bionic-powered iPhone XS with 352,405 so the Qualcomm 8150 is the highest. It shows 2019 flagships would perform really well.

The leaked information is a first. We’re expecting related data will be shared over the next few weeks and month. We’re crossing our fingers the scores will be the same or be even better. We have high hopes for the new Snapdragon since it is expected to power more flagship devices.