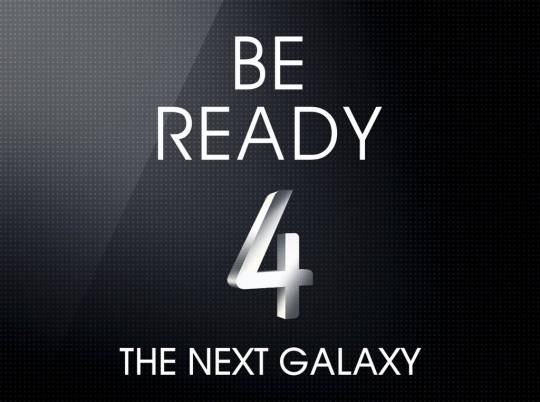 We are still expecting Samsung to announce the Galaxy S IV on March 14. In fact, Samsung recently announced the Times Square event that will allow anyone to watch the livestream of the actual announcement. Putting that date aside, the rumors seem to have slowed down, however they have not stopped entirely. To this we have a bit more today dealing with the internal storage, exterior colors and processor.

Starting with the storage, Samsung is said to be launching the Galaxy S IV with options including 16, 32 and 64GB of space. Of course, this will likely come in addition to microSD storage. This hasn’t been discussed as much, however it is believed that the microSD storage will support cards up to 64GB in size. That could make for a Galaxy S IV that has a total of 128GB of storage space.

Assuming these latest rumors prove accurate, the exterior colors would be a change for Samaung. The Galaxy S IV is now expected to launch in black and/or white. No mention of a blue model at the moment. As for the processor, this adds a bit of further confirmation to the report we saw a few days back. The one dealing with the Galaxy S IV having an Exynos 5 or a Snapdragon 600 depending on market.

Basically, SamMobile is now reporting based on the word of an insider that “Samsung is mostly sure to use Snapdragon instead of Exynos.” Jumping back to the previous Galaxy S IV processor story and we had talk of Samsung using the Exynos 5 in Europe and the Snapdragon 600 in the US. Rumors, rumors and more rumors. One thing is certain though, the announcement date is approaching quickly.