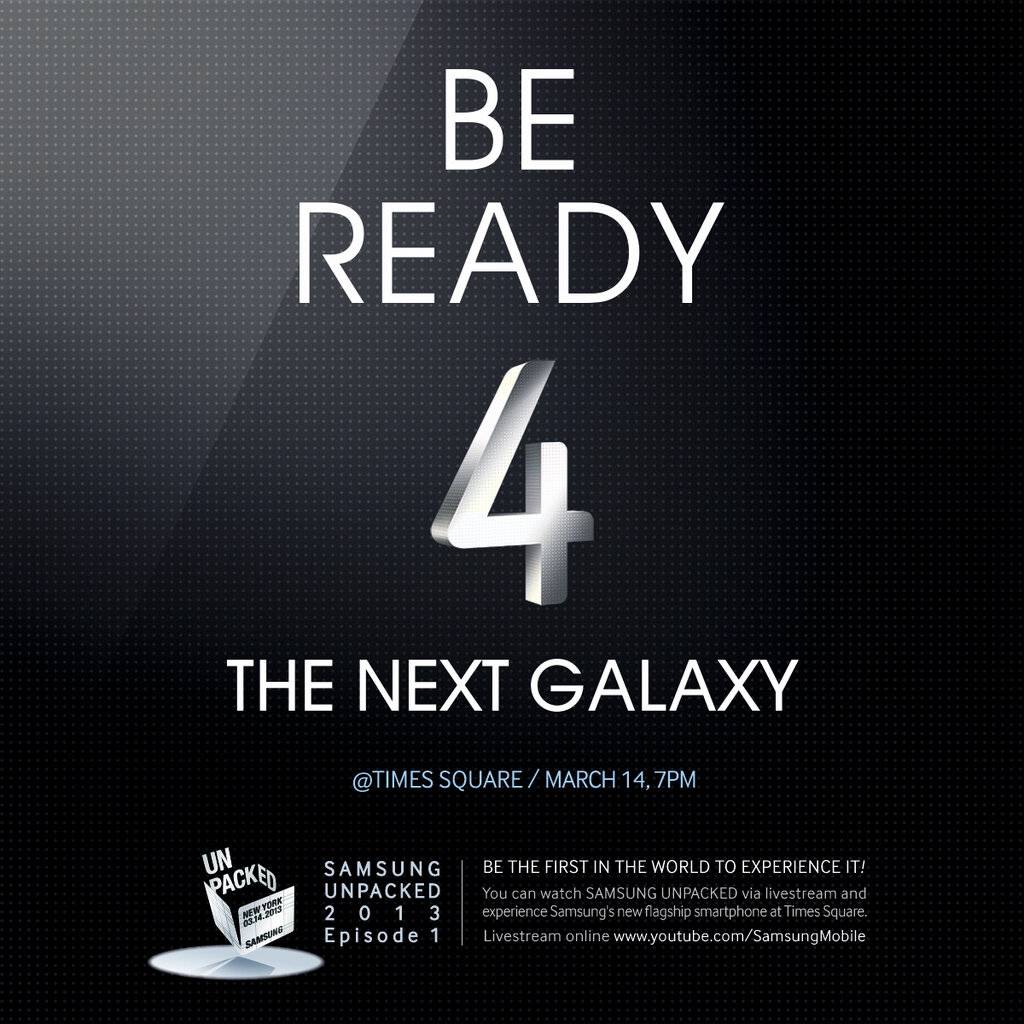 We had already seen the press invite for the Samsung Unpacked event on March 14. Given the use of the “4” and based on the countless rumors and leaks, it seems to go without saying that this will be for the unveiling of the Galaxy S IV. Press invite aside though, Samsung has recently invited everyone to see the announcement. Based on the invite that was posted on the Samsung Mobile Twitter account, the company will also be holding an event in Times Square.

The Times Square event will take place at 7PM on March 14, 2013 and allow those in attendance to watch the livestream of the Samsung Unpacked event. The details are still at a minimum and we only have the invite to go off of, however Samsung has said that “you can watch the Samsung Unpacked via livestream and experience Samsung’s new flagship smartphone at Times Square.”

Basically, if you are in the New York area and happen to be curious about the Galaxy S IV — you now have an opportunity to experience some of the announcement excitement in person. Additionally, for those not able to attend in person, Samsung will also have you taken care of. They will also be streaming the event on YouTube, you can catch the stream at www.youtube.com/SamsungMobile.

The other interesting part with this invite (and similar to the press invite), Samsung has dubbed this event as Episode 1. More specifically, Samsung Unpacked Episode 1. Bottom line here, while we are not certain how high those episode numbers will go, it does imply that there will be more Unpacked events to follow during the year. So how about it, anyone in the New York area planning to head into Times Square to watch the event?