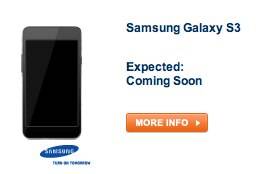 Do you have trust issues? It’s okay, we sympathize. If you need that little bit of extra assurance that Samsung’s Galaxy S III is indeed Coming Soon, then feast your eyes upon this listing for UK retailer Carphone Warehouse. It features the Samsung Galaxy S3 [sic] some time before SlashGear reported on it, but has now removed the tiny thumbnail image and replaced it with a generic “The Next Galaxy” information page. The page says that it’s “coming to Carphone Warehouse on al major networks”, indicating an unlocked phone at the very least.

Carphone Warehouse’s listing mirrors the preview page put up by Vodaphone on Monday, which also featured the nebulous “next Galaxy” branding. Officially Samsung and its carrier and retail partners are still in lockdown mode before the May 3rd announcement, but leaks are now starting to come out faster and faster. The latest is yet another pre-production device, which seems to feature both a physical home button and some TouchWiz-flavored virtual navigation buttons. Obsessive types should also check out this video from Vietnam. 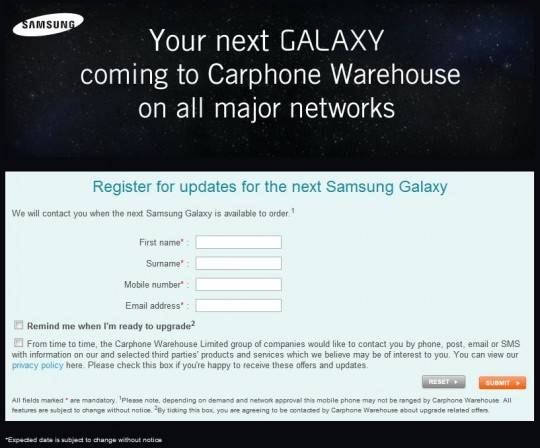 With just over a week to go until Samsung’s London announcement, we’re finally starting to get a handle on what the Galaxy S III (or whatever it will be called) will look like. Physically it’s set to feature the same rounded rectangle shape as the Galaxy S II, with the size and screen of the Galaxy Nexus (hopefully with a non-Pentile Super AMOLED HD+ screen). A quad-core Exynos processor seems likely, as does Android 4.0 and the latest revision to TouchWiz. Be sure to keep an eye on Android Community on May 3rd: we’ll be covering the event live.