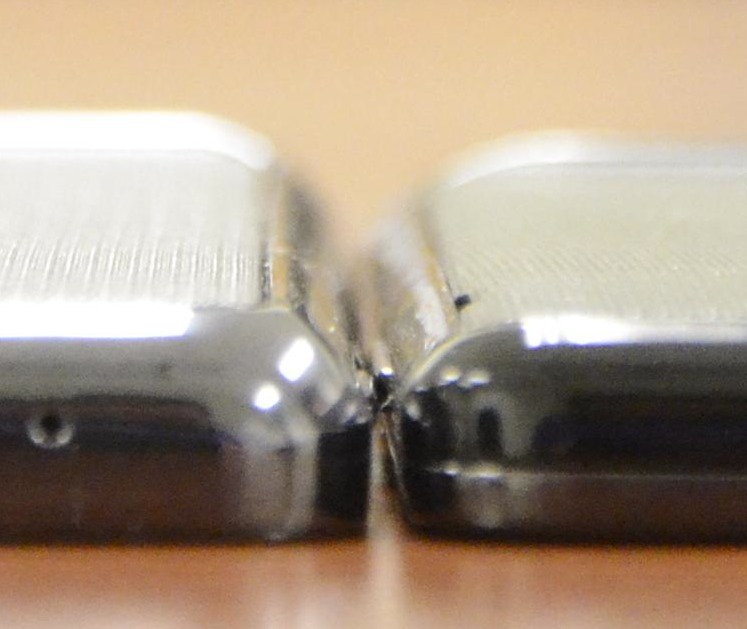 Below you can see the specs, but right here you’re going to get the most important factoid of them all: which one of these two Samsung superstars is thinner? Why, it’s the Samsung Galaxy S II of course! But just by a bit. By less than 1mm, if Philip Berne’s sources have anything to say about it. But what other tiny bits are different? There’s a few biggies, but what about the tiny bits? The battery is 100 mAh apart, the larger of the two being the Infuse 4G at 1750, the smaller of course then the Galaxy S II at 1650. Why would that be? Perhaps to create a slightly smaller phone to win the thin wars?

The Infuse 4G was announced at CES 2011, Samsung Galaxy S II announced at Mobile World Congress 2011. The Infuse has the ability to side-load apps (on AT&T this is a big deal because historically they’ve disallowed it,) while we’re still not sure what the deal will be with the USA version of the GS2. In the photos in this post, (all taken by Philip Berne,) the lighter of the two is the Infuse 4G. As you can see, they are VERY similar in their chassis.

So what’s the decision? Bigger screen or more hardcore processor? Larger battery? That’d be strange. Maybe that extra .7 megapixels on the front-facing camera? Boy howdy, it’s all up to you, isn’t it?

UPDATE: See the war continue with a simple Quadrant benchmark.