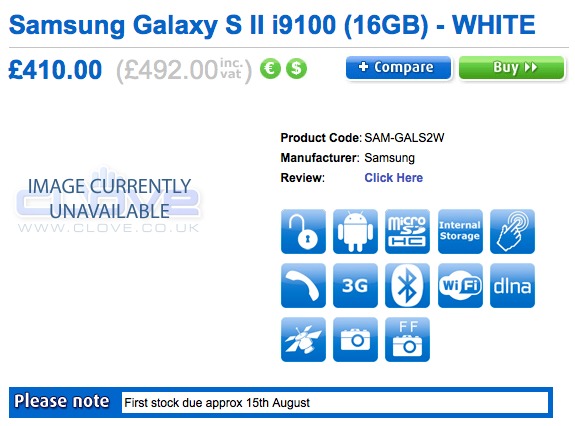 So you’re thinking about grabbing a Galaxy S II, and you love the idea of having a white handset, but you’re torn over wanting to dunk your smartphone in a vat of paint or not – fear not! According to Clove.CO.UK, you’ll have the opportunity to purchase the original version of the Samsung Galaxy S II (GT-l9100) in white very soon. This is the same device you know and love from the world class review as done by Chris Davies on our sister site SlashGear, coming in 16GB with the same Super AMOLED Plus display and top-class specs!

This is the same device that early this morning we reported had hit 5 MILLION in sales, beating its top-selling predecessor, the Galaxy S, to the mark. The Samsung Galaxy S II has been on sale for just 85 days and still isn’t released in the USA – what do you think about that? Almost as if it’s the greatest smartphone of all time, isn’t it? Kind of like everyone in the world should drop their Androids and move on to this Super Android, isn’t it? 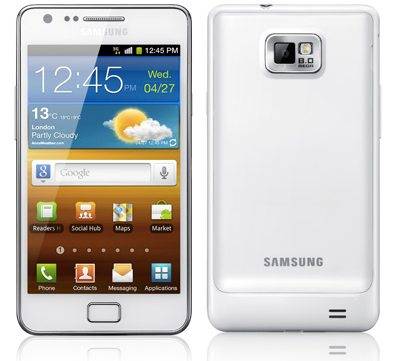 Meanwhile photos are leaking of a supposed rounded-edged counterpart to the Galaxy S II as it exists today, and we’re still rooting for this sharper original to come to US carriers. This newest model, being the same shape and innards as the original save for the white backing, will be available for delivery in August (approximately on the 15th, that is.)

Check out the pre-order page at Clove!