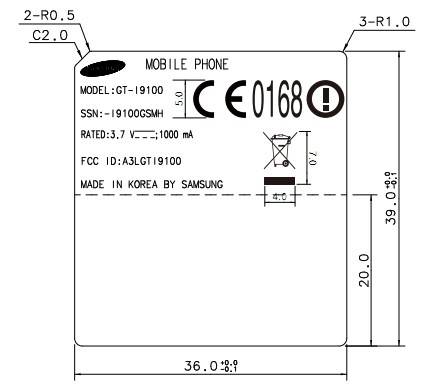 Looks like Samsung has just sent over the Galaxy S II to the FCC. If you haven’t seen much about this phone you should most definitely look over a few of our hands on. It is a beautiful phone that is sure to make a huge splash in the Android phone market. Looks like today it hit the FCC with some AT&T 3G bands.

The Samsung Galaxy S II was announced at MWC2011 last month in Spain, but we heard little bits and pieced about it before the main event. For those that want to know more, just as I promised above here is a few of our hands on posts for you to learn about and enjoy. Here is the first Galaxy S II Hands-On, and here is the ultimate preview of the S II.

Samsung’s powerhouse device known as the GT-I9100, won FCC approval for GSM 850 and 1900 bands, WCDMA bands II and V, Bluetooth, and 802.11 b/g/n WiFi. We don’t have any firm news about a release date or who will get it first, as all the big carries got the first Galaxy S Phone. This FCC approval makes us think it will be coming sooner than later, and those hints look to be AT&T getting the first bite of the new Samsung Super AMOLED + packing device.