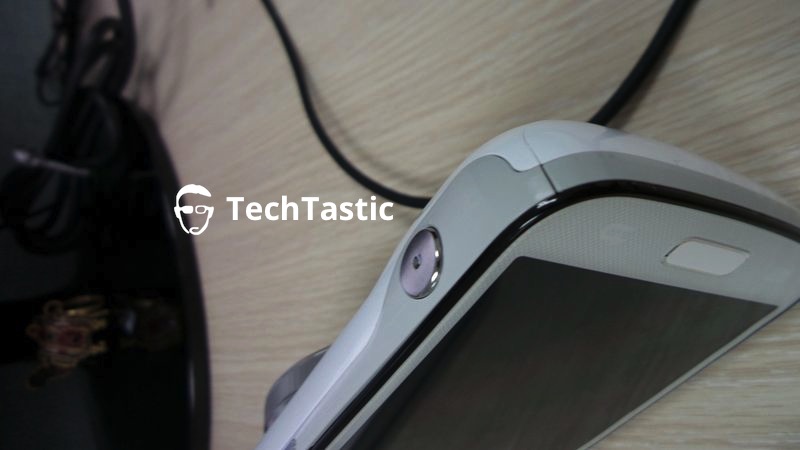 The Samsung GALAXY S 4 Zoom smartphone is real, and coming soon. Yesterday we saw our first real proof the device was coming thanks to a leaked press image, but today we’re getting the real thing. The Samsung GALAXY S 4 Zoom and that odd design has leaked in the flesh (or in the plastic) and it’s safe to say this will likely be announced at Samsung’s event in London later this month

Today, thanks to the popular German side TechTastic, we have just received our first actual look at the hardware that will be the last of the GALAXY S 4 series. Following the regular flagship smartphone, Mini, and Active. The leak came in the form of three revealing photos and also confirms some specs, so lets dive in.

According to TechTastic the leaskter confirmed that this is essentially a blend between the GALAXY S 4 Mini and the original Galaxy Camera. We’ll be working with a device nearly identical in design to the GS4, but with a 4.3-inch qHD display, rather than the large 4.8-inch screen of the Galaxy Camera. Then that same impressive 16.3 megapixel sensor will be on board to round out the camera functions and Instagram shots. 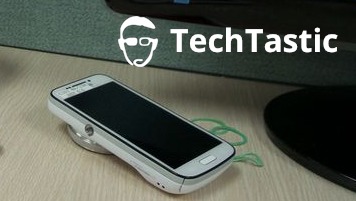 The 1.6 GHz dual-core processor with 1GB of RAM is accompanied by 8GB of internal storage so the specs aren’t quite as high-end as their previous camera, but this should come at a much more affordable price. You’d think. The images also show an obviously thick device. It certainly isn’t as pocketable as a smartphone, but isn’t as big as the massive Galaxy Camera either.

The Samsung GALAXY S 4 Zoom should be announced and shown off at their press event on June 20th, and we’ll be there live with all the details, pictures, and video. There is a chance the new Galaxy Camera 2 might make an appearance too, but that’s a stretch.

Thoughts? Personally I can’t see too many U.S. carriers jumping on this device very fast, and it sure is ugly.