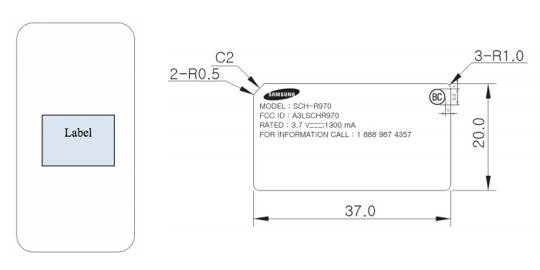 We know the Samsung GALAXY S 4 is going to be available with a wide variety of carriers in the US market. Given that, we also know that means we will be seeing a wide variety of FCC filings dealing with the GALAXY S 4. These will not give us anything new in terms of a possible release date, however they are a required step and if nothing else — these filings just mean one less reason for a possible delay.

Anyway, as of today we are seeing two filings, one for the SCH-R970 and one for the SPH-L720. The FCC filings are showing both models as having support for LTE as well as 3G connectivity. Nothing unexpected in that regard. The SCH-R970 is headed to MetroPCS and is shown to have LTE support on four bands, but nothing for HSPA. The SCH-L720 is headed to the Now Network and has support for HSPA 3G that should work well for those looking to roam globally.

Otherwise, with these two filings down there are still several more that we need to see. After all, filings for the big players such as Verizon Wireless, AT&T and T-Mobile have yet to be discovered. We have yet to see release dates for most carriers, however the GALAXY S 4 is expected to arrive with T-Mobile on May 1. They are expected to have the handset available with a down payment of $99.

All said and done, aside from a few differences in terms of network connectivity and model numbers across the carriers — the overall set of specs remains the same as what we have already seen announced by Samsung. That is to say that regardless of the carrier, the GALAXY S 4 will bring features to include a 5-inch 1080p display, 2 megapixel front-facing camera, 13 megapixel rear-facing camera, 2600 mAh battery and 2GB of RAM.