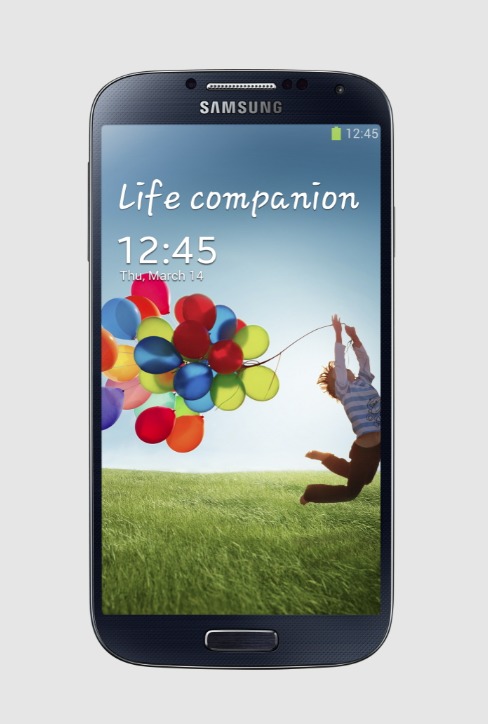 It’s finally here! The Samsung GALAXY S 4 has arrived to smash the rumors and is poised to take on the competition, from whoever it may be. Live in New York City at Music City Hall Samsung has just unveiled their “Life Companion” to the world – and it’s a stunner. Samsung’s wrapped top-tier hardware into a familiar chassis, and gave it a boost across the board. From a stellar 8-core processor, a larger full 1080p HD display, and what surely will be an impressive 13 megapixel camera. Coming to a carrier near you in Q2.

Yup, all the recent reports and slew of leaks were right. This new flagship from Samsung doesn’t sway too far from the Galaxy S III in terms of general design, but everything about this phone is brand new, improved, and set to dominate the competition. Live on stage Samsung’s confirmed the 4.99-inch 1920x1080p full HD display, but they simply stated a 5-inch screen. Also, it’s the world’s first with Gorilla Glass 3 protection. Then of course we all knew this was coming and Samsung’s Exynos 5 Octa 8-core processor is under the hood, while the US will rock a Qualcomm Snapdragon quad-core. 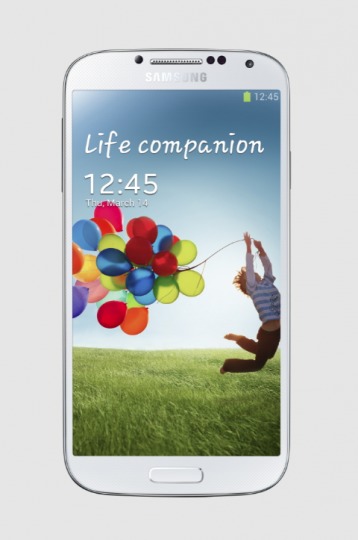 Then to round things off we have a 13MP rear camera from Samsung, and a wide-angle 2MP front shooter for video. There’s tons of new features with the camera, tons, as well as software in general so more on that below. Then we can’t forget the 4G LTE, HPSA+, WiFi a/b/g/n, Bluetooth 4.0, NFC, IR-blaster or the 2,600 mAh battery under the hood. Combine the 2,600 mAh battery with the BIGlittle 8-core technology and Qualcomm’s power saving features and hopefully battery life is stellar. We have a feeling it’ll be just fine.

Software is the key here. Obviously the impressive hardware with the screen, camera, and processor are important, but Samsung is focusing on software. We’re happy to confirm it’s running the absolute latest Android 4.2.2 Jelly Bean, but all of Samsung’s additions make it shine. We’ll get in-depth with them during out hands-on but here’s what they’ve got.

Hover, Smart Stay, Smart Scroll, Smart Pause, Air Wave, Air Browse, Air Jump and more are all brand new to the Galaxy S4. Yes that is a pretty big list but they all do similar things so it isn’t as confusing as it sounds. Hover will give you previews of images in a gallery, a sample of an email, calendar entries and much more all while hovering your finger over the area – without touching the screen. It’s an amazing feature from the Galaxy Note II S-Pen, without the S-Pen. Awesome! Then all the ‘Smart’ features use eye recognition for staying on a page, scrolling through emails or browsers, pausing video and more without touching the device. It tracks the users eye and does all the work.

Then the ‘Air’ features are all motion-based. Waving your hand over the phone to answer a call, or switch songs with Air Jump while playing music, and in browser you can scroll up and down or left to right to jump between tabs. Just with a flip of your wrist.

Lastly the camera has tons of new goodies to take on HTC and their new ONE. Samsung dual-shot lets you take two photos at once and combine them together. Sound in Shot will allow you to capture from 1-9 seconds of audio to accompany the image to truly capture the moment – even on dual-shot images. And there’s more coming so stay tuned. Just like the HTC One we have an IR-Blaster for controlling our TVs. Samsung WatchON will be all over that, then ChatON has been completely overhauled too.

We have tons to cover with the brand new just announced flagship Samsung Galaxy S4 smartphone so stay tuned as the entire event winds down and we sort through the rubble and excitement. Samsung has confirmed the S4 will be available in Q2 (whatever that means) and we’re expecting early to mid April. It will launch globally and across all major US carriers so stay tuned.