The Samsung GT-B9150 has been mentioned several times in recent history. The handset is believed to be the Galaxy Q and while we have previously seen reports about a dual-core Exynos 5 processor and 1080p display — it is now looking like the Galaxy Q will feature two displays. More specifically, two displays that are each 1080p in resolution.

Keep in mind, we have heard previous chatter about a Galaxy Q and so far — that device has never been announced. But just maybe this is the time the device will be released. What we are hearing at the moment includes a possible announcement during Mobile World Congress. We are not all that convinced that will happen, however we are more than a bit curious about this device. 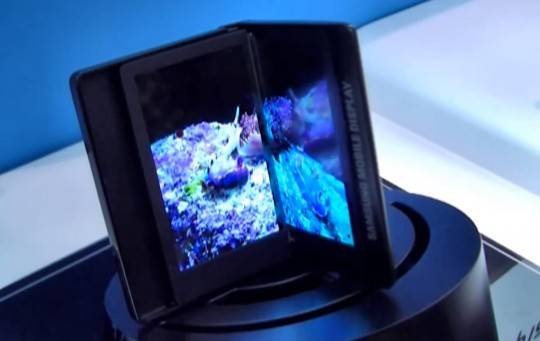 So far we have yet to see what size the displays will be, though they will each be Super AMOLED HD with resolutions of 1920 x 1080. Previous reports have placed them at 5.3-inches. Remaining specs include a dual-core 1.7GHz Exynos 5250 processor, 2GB of RAM, 2 megapixel front-facing camera, 8 megapixel rear-facing camera and a 3500 mAh battery. The Samsung Q is also expected to arrive with Android 4.2.1 Jelly Bean.

Keep in mind, some (but not all) of these specs were recently confirmed by way of a GLBenchmark filing. That all being said, let us ask the obvious question — is a dual-screen device like this something that you would be interested in? It seems pretty clear that this would not be a phone, but more a tablet or media device, but as always we suspect pricing will play an important factor.