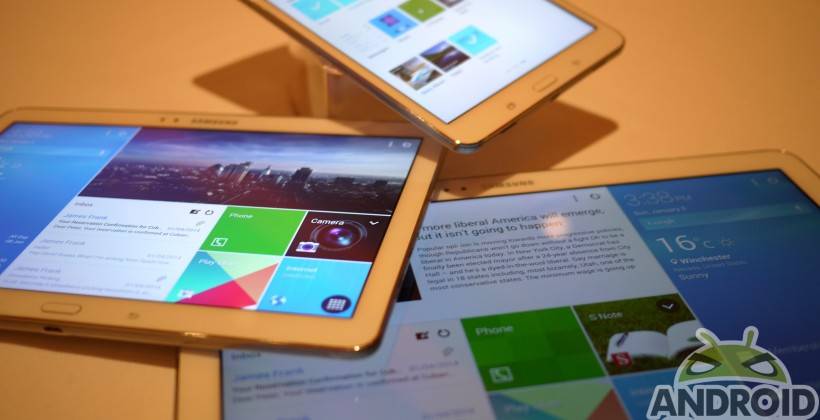 In what some fans might call an early Valentines gift, Samsung has officially announced the upcoming availability of its brand new line of “pro tablets” starting February 13. This announcement comes rather quickly after an earlier leak disclosed that very same date.

The highlights of this new generation of Samsung tablets are the Galaxy NotePRO and Galaxy TabPRO 12.2, two of the largest consumer Android tablets in the market. Or rather prosumer, a new breed of users that Samsung is envisioning to take the tablet market by storm. People from this breed are characterized by the desire to employ tablets not just for casual use or content consumption but also for creating content and more serious work. As such, these tablets are endowed by a more than spacious 12.2-inch screens with a pixel resolution of 2560×1600. The 2.3 GHz quad-core Snapdragon 800 processor and 3 GB of RAM also touts serious business.

On the software side, the tablets also boast of features and apps that promote productive, like a four-window Multi Window. The 12.2-inch screen also has enough room for a modified on-screen keyboard that now sports additional keys that make it resemble a conventional keyboard. There has been speculation that Samsung’s recent patent cross-licensing deal with Google would, among other things, lead to the removal of the new Magazine UX. But given how close the tablets are to launch, that seems quite unlikely now.