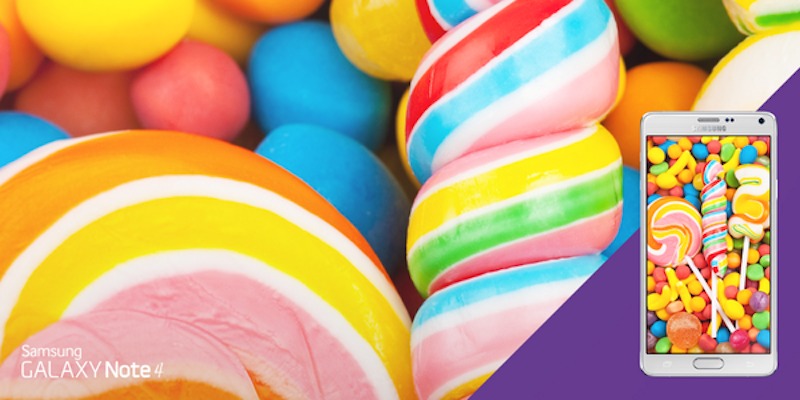 Samsung just teased the new Galaxy Note 4 bearing some more sweetness via Twitter. No more chocolatey goodness of KitKat, only sweeter this time with the Android Lollipop.

The Android 5.0 will soon come to the new phablet from the South Korean giant. Neither Samsung nor Google have announced the exact release of update but we’re guessing before the year ends. The Android L we’ve been anticipating is almost ready and is expected to roll out in several Android phones and tablets in the coming months.

Only the Android 5.0 Lollipop SDK was released for the developers to test and develop apps for the new version of the mobile platform. First handsets to sport Lollilop are the Nexus 6 and Nexus 9.

So when can we get our hands on the Android Lollilop? Nothing is certain yet but rumor has it that the HTC One M7 and HTC One M8 will be the first two to get the update in late November or early December. HTC Sense devices and models HTC Desire EYE, HTC One M8 dual SIM, One M7 dual SIM, One E8, One E8 dual SIM, and Butterfly 2 will receive theirs on January or February. Other models like the HTC One Mini 2, Desire 816, HTC One Max, One Mini, and Butterfly S will get the update later in March to May.