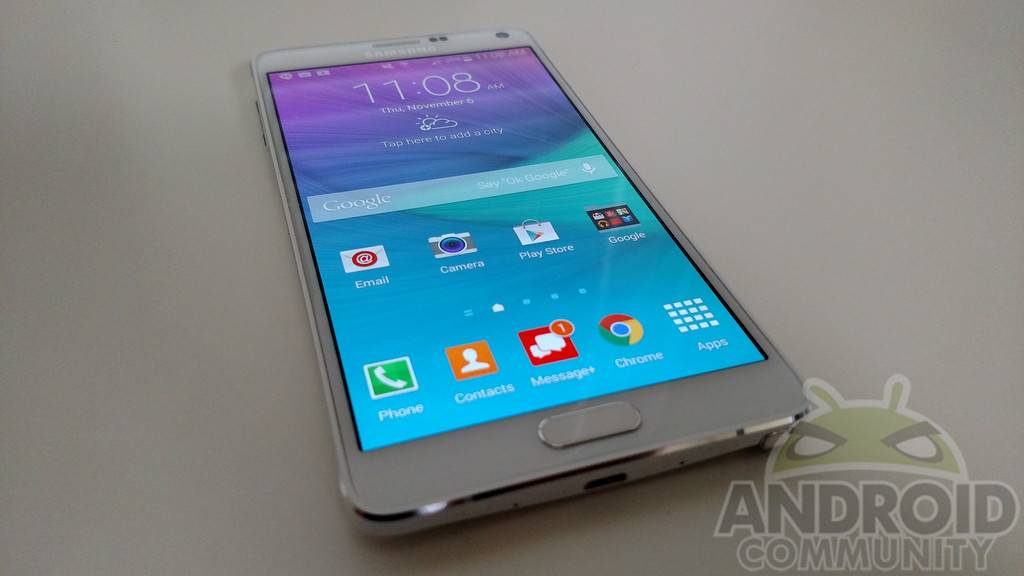 Samsung has had a downturn recently, with earnings tanking quarterly and many observers wondering if their “time” had come. They may be down, but Samsung is not out. The Galaxy S5 and Note 4 carry the flags for Samsung’s handset division, and between the weird concept devices and middling mid-rangers, these two pack the most firepower. The Note 4, the bigger of the two, is the latest in a long line of devices that set the trend we’re currently experiencing in smartphone sizing. Is it one of the lone bright spots in a crowded market, or has Samsung really lost a step?

The home button is there, as usual (and with the fingerprint scanner), just like the light-up stagnant buttons on either side to take you back a step or bring up recently used apps. The back is plastic, but not the fake-stitching skeumorphic nonsense Samsung has been doing lately. I’m happy they dropped that design philosophy.

The cameras, audio jack, power button, volume rocker — they’re all where you would expect. The bottom has a holster for the stylus, and it slips away comfortably.

As styli go, the one included with the Note 4 isn’t really great. It’s slim, and likely not envisioned as a heavy-use add-on, though. Still, it’s slim, and awkwardly light. 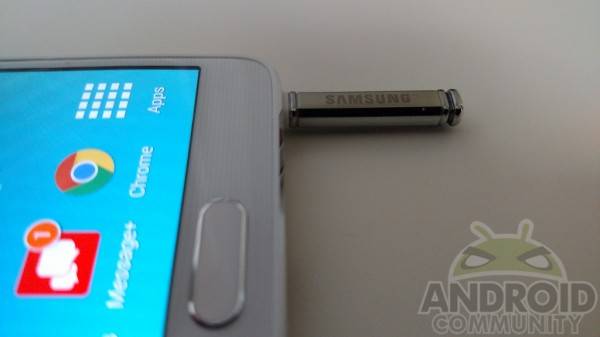 The lone button sits right around 1/3 the way up the pen, making for an awkward tap with a finger if you hold a pen closer to the tip. Tap it twice, and the Note 4 brings up a quick menu of things you can do like cut out something from the screen, take and annotate a screenshot, or write a quick memo.

Other than that, the stylus is mostly a digital pen. It’s a nice inclusion, but likely not something you’ll use often in normal situations.

There’s a monster under the hood, and it’s the battery. The Note 4 might be big, and require a lot to push pixels all over that screen, but it still powers you through a day without issue.

I was able to get through a day of moderate use with the Note 4, and almost all the way into the next day, too. If I were to use it in heavier situations — like streaming Netflix or a decent amount of navigation — I’d say a day-plus is easily obtainable. 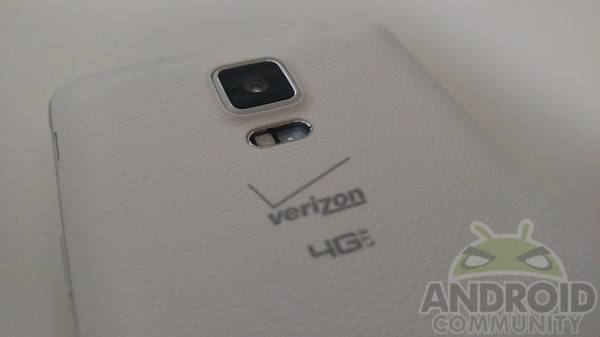 The big screen makes for a nice viewfinder, and the camera is typical Samsung fare. It’s good — really good — but not world beating. I took it along with the DROId Turbo I recently reviewed, and snapped some pics (that’s why they may look familiar).

I do prefer Samsung’s more iOS camera interface, with a tap on the screen to focus, and a dedicated shutter button. The size is a bit cumbersome for use as a camera, though.

There is still one thing to note (pun intended) here: Samsung made this phone. As such, the Note 4 has their take on what a smartphone is, should be, and will be for the foreseeable future. That’s a problem.

Though they recently updated their own OS visually, Samsung’s Touchwiz is still ugly, bloated, and downright clumsy. Unlike other devices with skins, say LG’s G3 or the HTC One, the Note 4 obfuscates Android in the worst way.

I get why TouchWiz is so massively bloated, I really do. Samsung wants to give us all the things in one package, and that’s admirable. For 2010. It’s 2014, and we now understand apps, how they work, and where to find them. 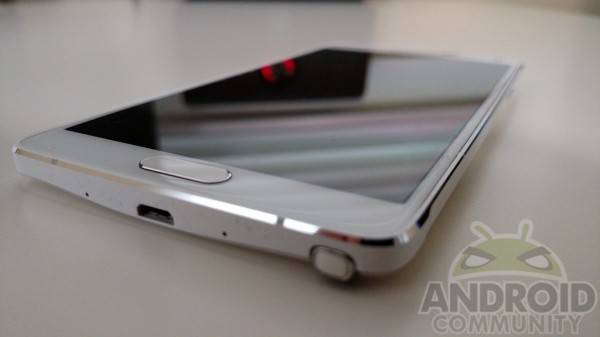 Samsung needs to democratize their bloated, clumsy, ugly Touchwiz, plain and simple. Take those services and distribute them via the Play Store, and let me decide what I do and don’t want. It would take a shift away form the current model, I know, but that’s exactly the point.

Besides, Samsung could then update their devices and services faster. They make decent stuff — really, S-voice, Smart Remote, etc. aren’t necessarily “bad” — and I wish they’d have the courage to stand behind them.

The size of the Note 4 is still polarizing. If you can manage the size, you’ll love using the device day to day.

Between the amazing screen, more than respectable battery life, and powerful spec sheet, the Note 4 is not going to disappoint. Samsung didn’t iterate with the latest Note, they down-shifted and put the big-phone genre into overdrive.

In case you were wondering, yes — the Note 4 is a bit too large for single-handed use. I don’t have small hands, and it’s just not easy with one hand. Samsung has a method for shrinking the screen to a smaller size, which is neat, but without taking advantage there, normal phone use-case scenarios will leave you using both hands. 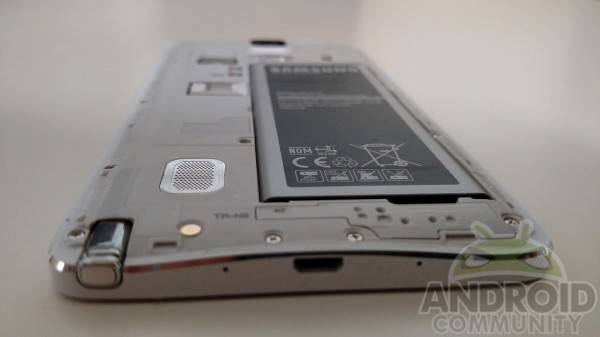 Samsung knows Apple is lurking with the iPhone 6 Plus. The Note 4 is the answer to that. It’s as classy a phone as Samsung could make provided their plastic-and-removable-batteries mindset.

The real question I’m supposed to answer here is whether or not you should buy this device. So let me just go ahead and say that yes, yes you should.

The Note 4 has impressive battery life, a gorgeous screen, and a spec sheet that won’t let you down for a solid two years. It’s impressively dense and solid, and looks as polished as you could hope for. The Note 4 sets the standard for Samsung devices, plain and simple. 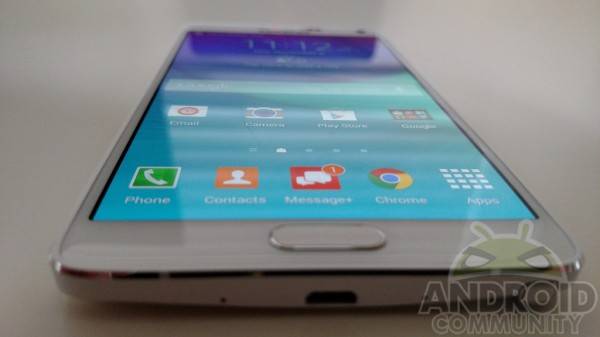 Samsung still needs to start fresh with Touchwiz, and they might be, but that’s a subjective topic. Some people love TouchWiz; they’re used to it, and it works for them. Touchwiz isn’t bad, either. It’s just dated and bloated.

Though the Note 4 isn’t without problems, there’s enough cool stuff to keep you hanging around. Multi-screen lets you run two apps at once, the stylus has some use cases for professionals, and the improved screen real estate will keep you happy in a tablet-less home.

The Note 4 can be had via all major carriers, with subsidized costs starting at right around $299.