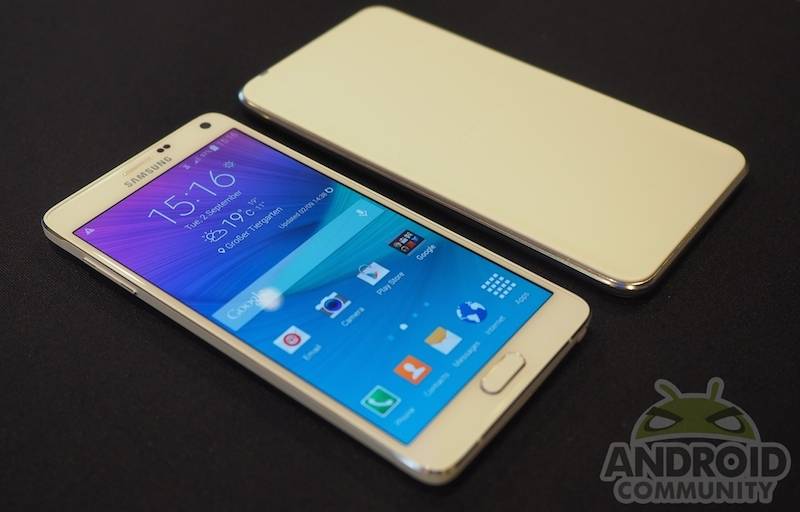 All we had before were photos of the Galaxy Note 4 being leaked and its handwriting feature being teased. Now, the latest Galaxy Note is official as announced at the IFA 2014 earlier today. The new Samsung Galaxy Note 4 is coming to Verizon, T-Mobile, and AT&T this  October. We just know the Quad HD phablet will be arriving next month but no word on pricing yet. But since last year’s Galaxy Note 3 was sold for $299.99 with a contract, we could assume the Note 4 will be in the same price point.

Samsung’s high-end phablet features a new design, reminiscent of the Galaxy Alpha. The edge has a bit of metal and the 5.7-inch Quad HD Super AMOLED screen makes for a wide display at 2560 x 1440 resolution. It also comes with a new S Pen that is more instinctive, a selfie-optimized 3.7-megapixel front-facing camera, and a 16-megapixel camera with Optical Image Stabilization. The Quad HD Galaxy Note 4 phablet now features a heart rate sensor near the rear camera.

Aside from the Galaxy Note 4, Samsung also launched the new Note Edge. The Note Edge basically has the same features as the Note 4. It’s smaller as a curved Super AMOLED smartphone which will also be available from Verizon, T-Mobile, and AT&T.