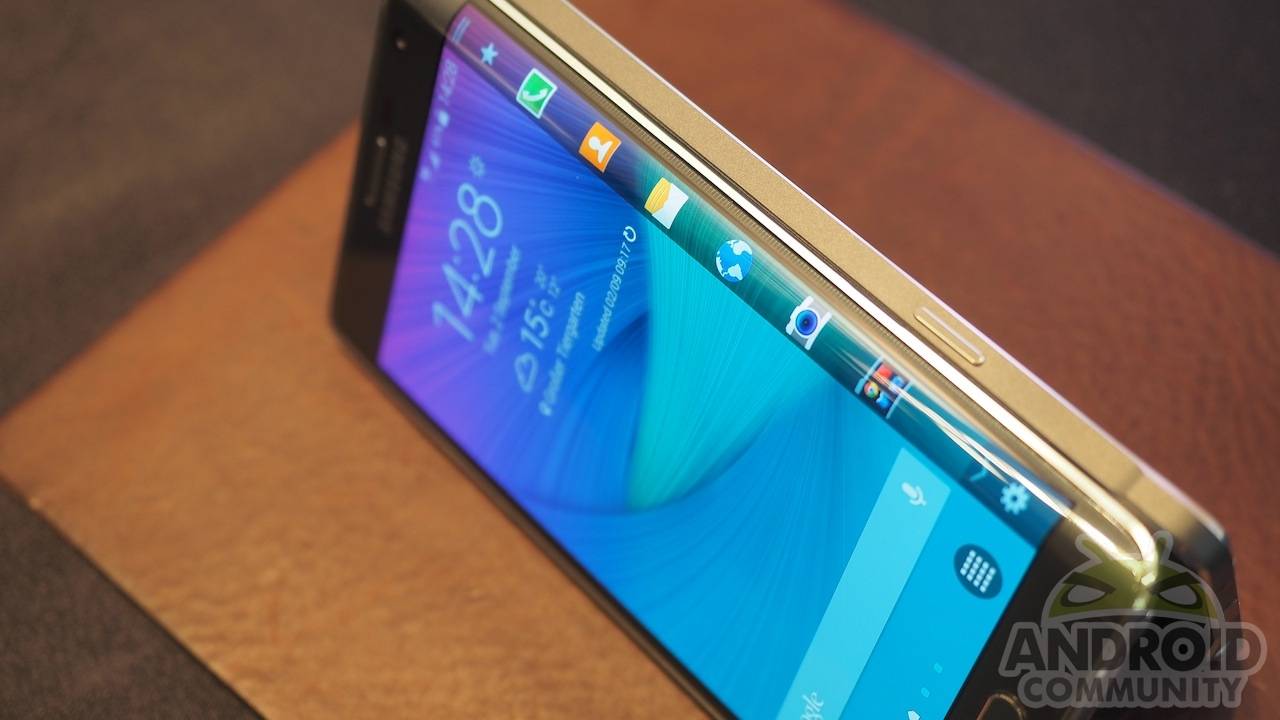 Samsung’s Galaxy Note 4 may not have been a surprise, but its Galaxy Note Edge sibling is, taking the S Pen equipped phablet and giving it a curved display that wraps around the right side of the phone. Revealed at Samsung Unpacked at IFA 2014 this week, the Note Edge trims the Note 4’s 5.7-inch screen down to 5.6-inches – though keeps the Quad HD resolution – but tacks on a curved Super AMOLED piece that can be used as a shortcut bar and notification ticker.

The concept, so Samsung says, is to give users a place to launch apps and check notifications without intruding on the main body of the display. So, if you’re watching a full-screen movie, you can still have playback controls, see SMS and email alerts, and other statuses without it interrupting the film.

Like the Note 4, the Note Edge gets a sleek metal edged casing similar to what we saw on the Galaxy Alpha, with a textured plastic back and a “2.5D” glass front with tapering edges. In the hand it’s sturdy and premium-feeling, and you also get all the same functionality as on the Note 4. 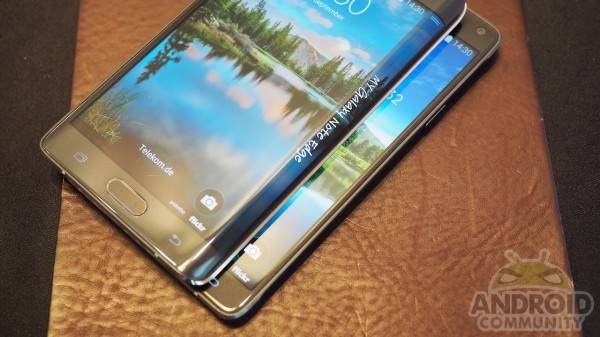 That means a 16-megapixel main camera with OIS, choice of Snapdragon 805 quadcore 2.7GHz or Exynos 5233 Octacore 1.9GHz processors, and an updated S Pen with twice the sensitivity as before.

However, it’s the curved Super AMOLED that separates the two phones. That can be customized to show different icons, colors, and backgrounds, and is navigated by swiping the thumb across and “rotating” the UI. Samsung has engineered a special engine that ignores taps and swipes when you’re just holding the phone; in practice, you need to be a little determined when you actively want to control the touchscreen slice. 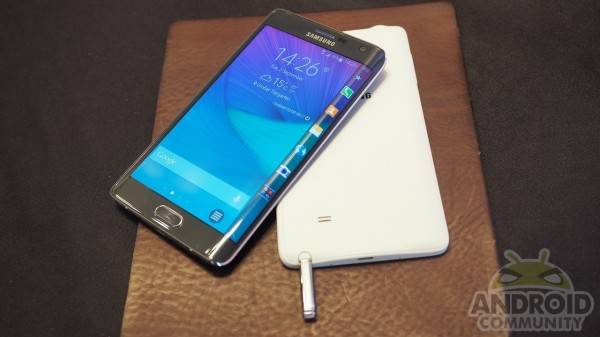 There’ll also be an SDK for third-party developers to tap into the screen, adding features for their own apps. Samsung, meanwhile, will offer a special case that protects the Note Edge but keeps the side-screen accessible, too.

Like the Galaxy Round before it, there’s a little of the gimmick about the Galaxy Note Edge, but it’s an altogether more appealing frippery than its curved forebear. 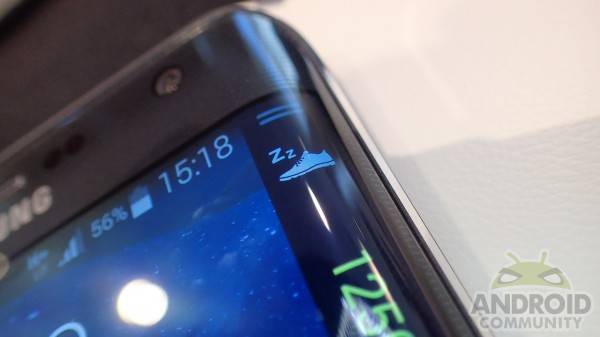 Unlike the eye-catching-but-vaguely-pointless Round, the Note Edge does open up some interesting possibilities: a discrete alarm clock you can see from side-on when it’s on your nightstand, for instance, or subtle notifications that only power up a small portion of the screen (saving battery in the process) when the phone is in your bag.

Pricing and availability are yet to be announced.

There’s more on the Samsung Galaxy Note Edge over at SlashGear.