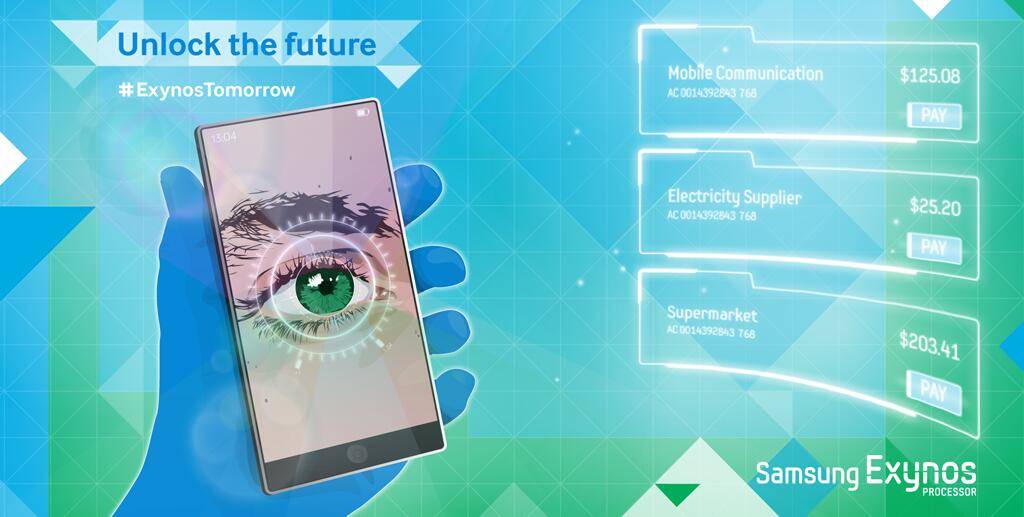 The Samsung Galaxy Note 4 may well be coming our way in September during the IFA 2014 in Berlin, and a specific tweet by @SamsungExynos – Samsung’s Twitter account for all things pertaining to their proprietary chipset and processor brand – has hinted that the next gen phablet may probably have a retinal scanner, or at the very least, security features that deals with the human eye. How many of those could there be?

The tweet was posted yesterday under the hashtag “#ExynosTomorrow”, vaguely hinting at the future of Samsung chipsets. The tweet mentions security features “unique to us” – meaning Samsung, of course, and includes an image with a device that looks like a phablet. Very notably, the images shows a human eye reflected on the phablet. Go figure.

What else could it be, right? Alright, well it could be anything. BUT, it could well be retinal scanning as well. The tweet mentions about improving security features, and a retina scanner would indeed be that. In May, there was talk of Samsung going into research for biometric security for almost all its devices across all tiers – fingerprint scanners and specifically, iris (not retina) scanners were mentioned.

The Samsung Galaxy Note 4 is rumored to be a beast if current spec leaks and assumptions are to be believed. The two variants of the Galaxy Note 4 made an appearance in AnTuTu’s benchmark database, and the variants carried the spanking new Snapdragon 805 “ultra HD” chip (quad-core at 2.7Ghz) and the Exynos 5433 octa-core chip respectively. We will of course be hearing more of the Galaxy Note 4 as September nears, but what is known about the device is certainly impressive at this point.