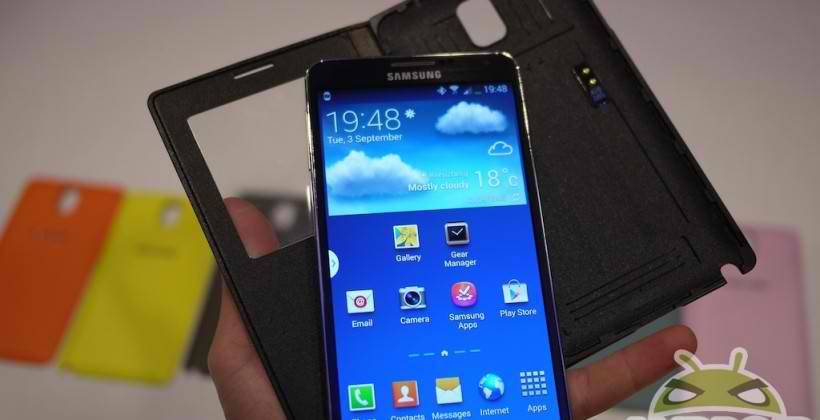 Samsung has been very active in putting out its latest and greatest devices for its adoring market – the Samsung Galaxy S5 and its variants the S5 Active, the S5 K Zoom, and most recently the S5 LTE-A. One of those not yet released but anticipated for this year us the Samsung Galaxy Note 4, which most industry watchers think will be released at the IFA 2014 consumer electronics trade show. September is still a long ways, so for now, let us be content with the details of two variants of the Galaxy Note 4 which showed up in the database of benchmarking app AnTuTu.

This is one of those solid leaks that had to happen at some point, and it gives us a peek at what’s under the hood of these gadgets. Samsung, as expected, will be providing two variants of its phablet model, and the specs of these two somewhat conveniently found their way to AnTuTu’s database. 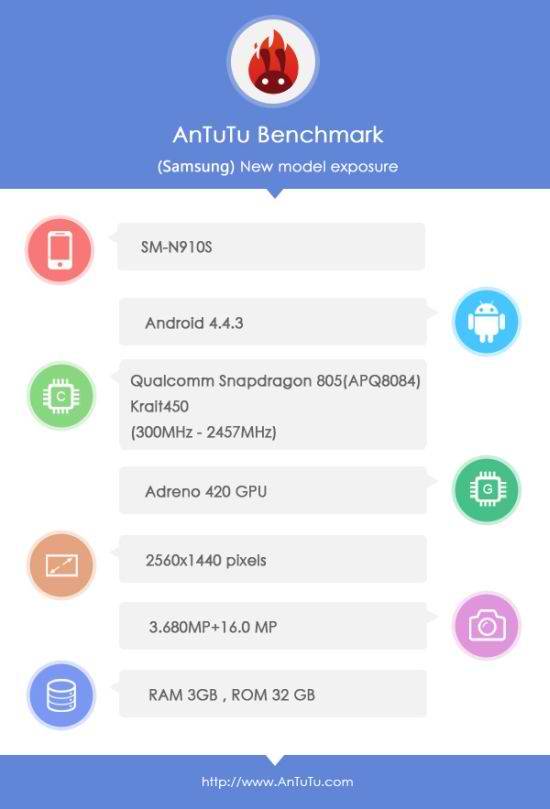 We do not know the final marketing names for the products, but we are able to separate the two via their model names. The SM-N910S is the quad-core version, sporting a Snapdragon 805 CPU, an Adreno 420 GPU, 32GB of internal memory, and a very ample 3GB of RAM. The other unit that showed up was named the SM-N910C, and this one has an octa-core Exynos processor that Samsung makes in-house playing tag team with an ARM Mali-T760 GPU, along with the same amount of RAM. 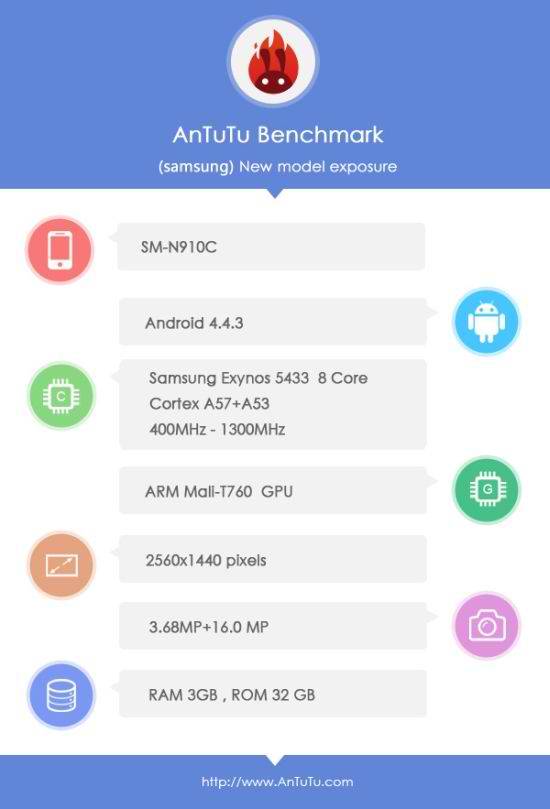 Aside from these details, the database also recorded that both variants have 2560 x 1440 displays, and a 16MP main camera. The operating systems are both Android 4.4.3 Kitkat. At least these details have been semi-confirmed. The other prominent rumors include the Note 4 coming with curved glass, and a 5.7 QHD display that has now been all but solidified by this AnTuTu leak.