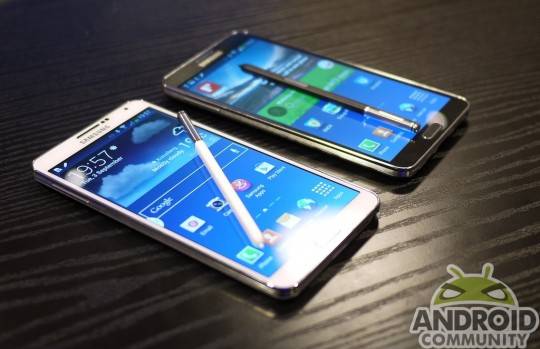 Fingerprint sensors on smartphones seem to be a hot topic lately. Of course, there is the obvious here, which is Apple and the recently introduced iPhone 5s. But otherwise, the HTC One Max and Pantech Vega Note are both expected to be announced with similar functionality. Earlier today we made some comparisons between the rumored Vega Note and the Galaxy Note 3 and according to recent reports — the two almost had another feature to share.

According to the report, the fingerprint sensor technology is said to have been coming by way of a company located in the Dittsham Valley. But again, when the quality assurance testing failed to meet expectations, Samsung put the plans on hold. This isn’t the first time we have heard chatter about Samsung loading handsets with a fingerprint scanner, which just seems to imply that this may be something we see on a future model.

It is unclear if that will mean another variant of the Galaxy Note 3. We have already heard some talk of a waterproof Galaxy Note 3 Active, maybe Samsung is considering a security-oriented model as well. Model speculation aside, further talk coming from this reports suggests Samsung took this in-house and have begun working on their own fingerprint scanning technology. This last bit is clearly unconfirmed, however it was said this could be ready be years end.