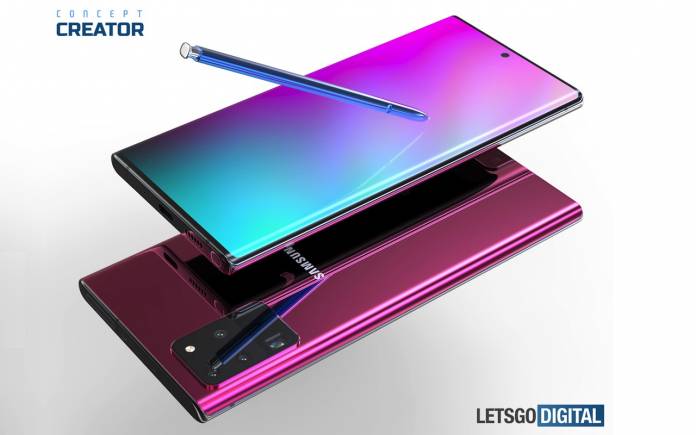 After learning about the possible features of the upcoming Huawei Mate 40, here are some details about the Samsung Galaxy Note 20 series. The two are close rivals especially during the second half of each year. Samsung usually launches the new Note first before Huawei does present the new Mate. As usual, LetsGoDigital is ahead of everyone else by showing off image renders and a 360-degree concept video of the Samsung Galaxy Note 20 Plus smartphone. Nothing is confirmed yet so we’re taking things with a pinch of salt, after all, these are just ideas.

Samsung is working on the new Galaxy Note phone under ‘Project Canvas’. The Galaxy Note 20 name is only a guess since Samsung decided on the Galaxy S20 instead of Samsung Galaxy S11. Last year was Galaxy Note 10 so Note 20 will make more sense.

The company may still offer a Galaxy Note 20+ while a Galaxy Note 20 Lite will follow maybe after six months. The Plus variant of the smartphone is believed to arrive with a centered punch-hole selfie shooter in front and zoom cameras at the rear. The camera setup may be placed in a vertical orientation.

The new gallery of 3D renders by Jermaine Smit (Concept Creator) shows a camera system located on the top left of the back. The photos are of the Galaxy Note 20 Plus–the highest specced between the two Note variants.

Some of the information we gathered about the Samsung Galaxy Note 20 includes the series coming with an improved S Pen. The Galaxy Note line has always been ready with a stylus which differentiates it from the Galaxy S line. We’re looking forward to more smart functions from the S Pen apart from Bluetooth connectivity, remote control for the camera, gesture recognition, and AR Sketch. 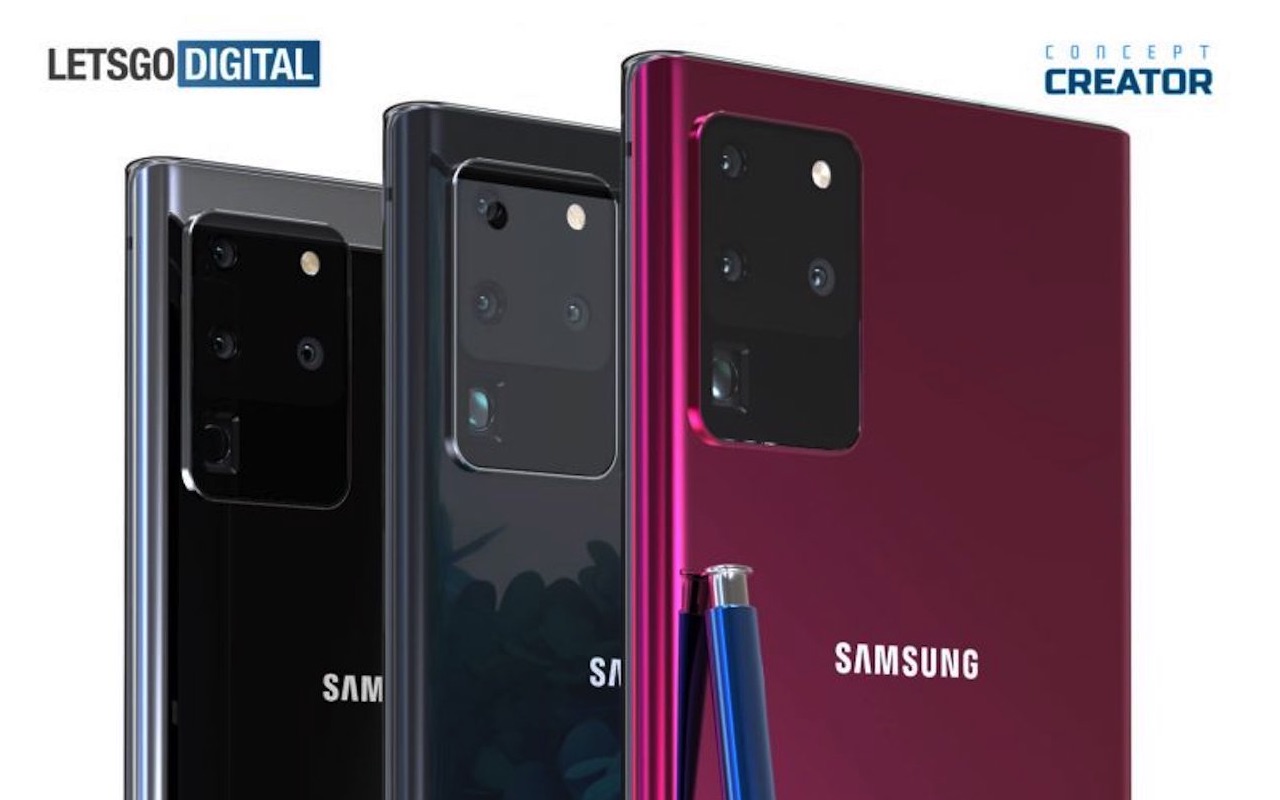 Other upgrades we can expect are better cameras, bigger and better display, maybe a higher refresh rate. The camera setup may be close or similar to the Galaxy S20 with some improvements. We can probably look forward to the same 108MP wide-angle camera as the main cam, 12MP ultra-wide-angle, 48MP telephoto with 10x Hybrid Zoom and 100x digital zoom, plus a 3D DepthVision camera.

Specs may include the following: a 5000 mAh battery or larger, faster charging, Exynos 990 or Snapdragon 865, 5G connectivity, minimum of 128GB onboard storage, and a max of 16GB RAM. The product announcement may happen in August with a $1,000 price point.