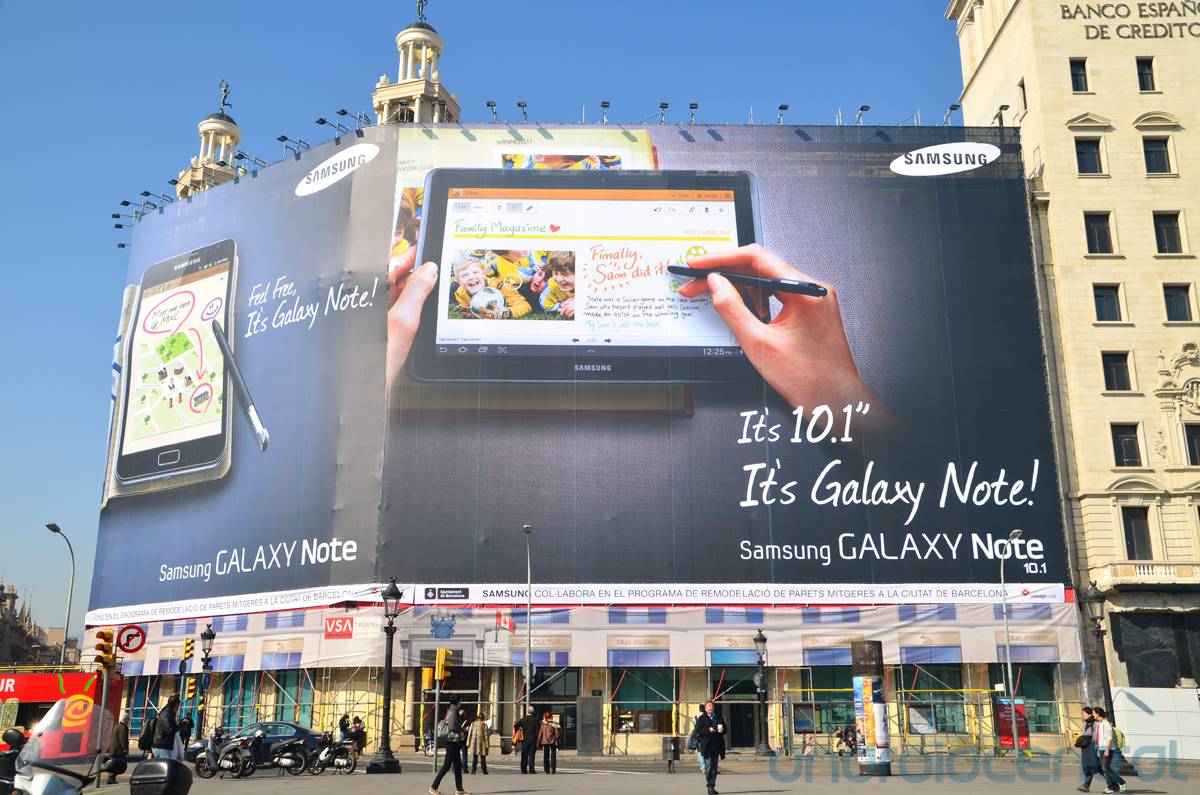 We’d heard rumblings of larger form factors in Samsung’s brand new Galaxy Note family before, but this would seem to seal the deal. A Swedish blogger caught a glimpse of some covered ads prior to Samsung’s Mobile World Congress event showing nothing less than the Galaxy Note 10.1, a combination of the ten-inch tablet form factor and Samsung’s new pen input hardware and software. There’s little to go on at this point beyond the name and a brief, tempting glance at the corner of the device, but there’s plenty that can be inferred.

First of all, you can see some pen action on the screen in the second photograph – clearly Samsung’s Note apps are making the jump to the tablet, and presumably the open SDK will make the jump as well. Given the larger body the S-pen will probably be closer to an actual pen in dimension, since even the slinkiest tablet has at least some space left over inside. Oh, and given that Samsung is already showing off both 7 and 10.1-inch versions of the Galaxy Tab 2, the Galaxy Note 10.1 will almost certainly run Ice Cream Sandwich at launch – whenever that is. 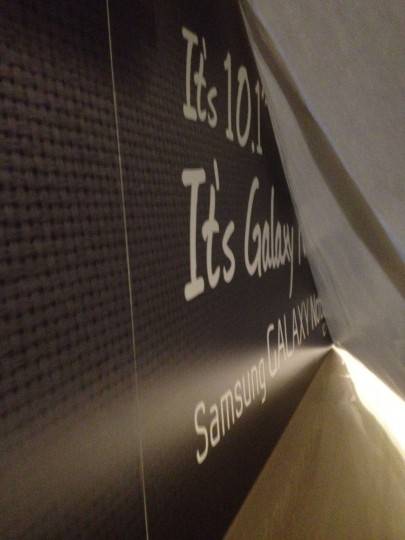 Samsung’s got a pre-show event later today where they’ll probably be showing off their latest and greatest – with one notable exception. The Galaxy Note 10.1 should make an appearance,along with the already-announced Galaxy Beam and Galaxy Tab 2 (10.1). We’re still holding out hope for an 11.6-inch monster with some fantastic processor and resolution specs, but that too may have to wait. In the meantime, keep our Mobile World Congress portal close at hand for all the latest announcements and hands-on looks at new hardware.