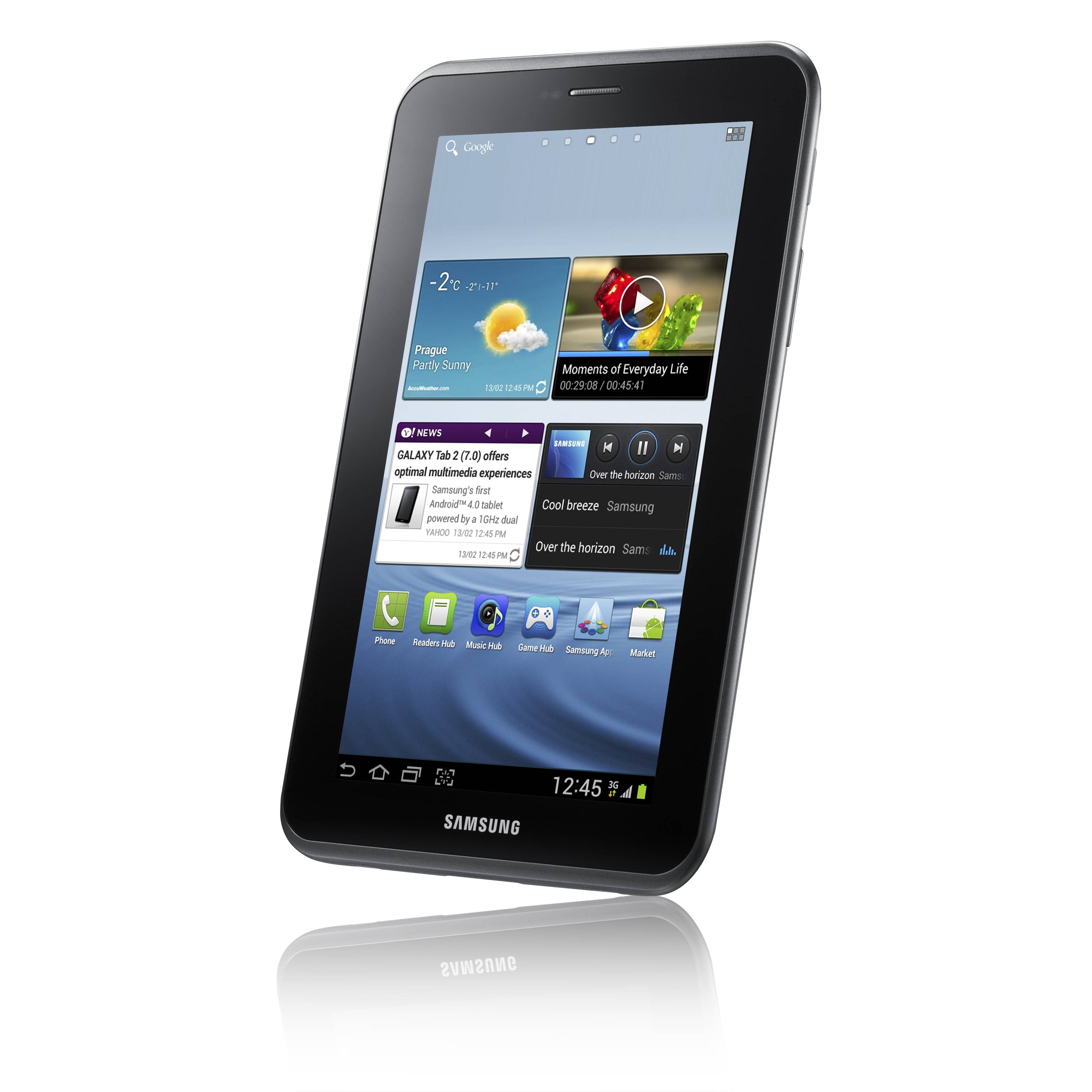 It’s been just under a year and a half since Samsung introduced its original Galaxy Tab, and in that time we’ve seen no less than four extra models, none of which the company saw fit to grace with a sequel moniker. That changes today with the debut of the Galaxy Tab 2, a refit of the original Samsung Galaxy Tab and its pseudo-upgrade, the Galaxy Tab 7.0 Plus. Most notably, the Galaxy Tab 2.0 will (probably) be the first Samsung tablet to come with Ice Cream Sandwich at launch.

The Galaxy Tab 2 fits in at the bottom of Samsung’s current tab lineup, presumably the first of its third-generation tablet devices. The 7-inch screen keeps the original’s 1024×600 resolution on an LCD (not AMOLED) panel. A 1Ghz dual-core processor won’t break any records, but should be plenty for all the basic tablety tasks, and when paired with a 3MP rear camera it places the Galaxy Tab 2 squarely in the low-end for Samsung. At 10.5mm it’s just a little thicker than the 7.7, 8.9 and 10.1-inch versions, though not terribly so.

Connection comes in the form of WiFi, Bluetooth 3.0 and HSPA+ connections, the latter of which is probably optional to suit customer and carrier taste. 8, 16 and 32GB capacities can be augmented with a MicroSD card. On the software side of things, you get Samsung’s TouchWiz-altered flavor of Ice Cream Sandwich, along with Sammy’s standard pack-in applications.

Pricing and availability haven’t been mentioned, but given the spec sheet I’d place this one at around $400 USD for the WiFi-only version. It should come to Europe and Asia soon, with US availability coming a few weeks to a couple of months after that. Expect to see more members of the “Galaxy Tab 2” family to be introduced soon, possibly at Mobile World Congress.