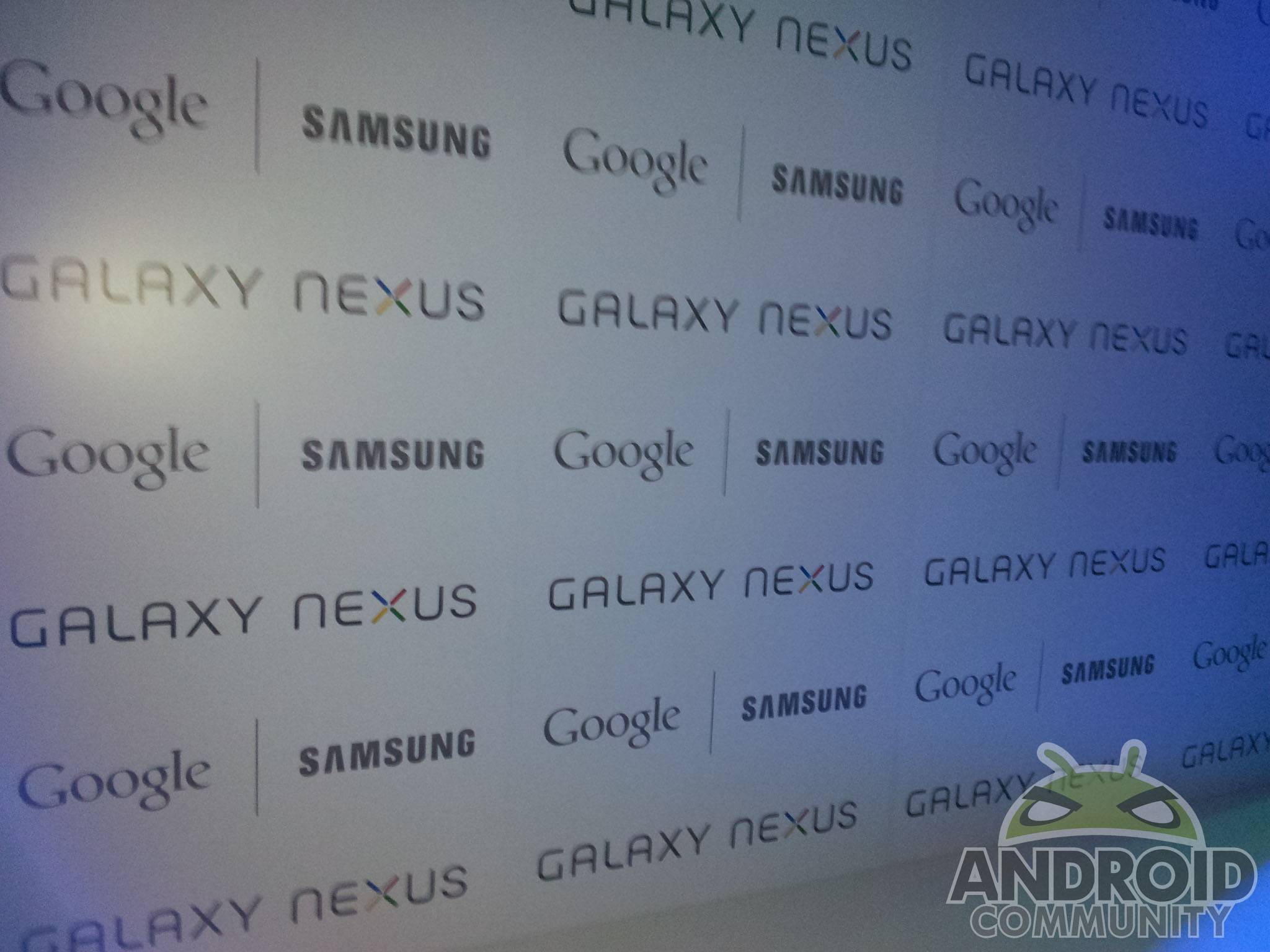 The day is finally here, and we can put months and months of rumors to rest. In a joint event in Hong Kong late Tuesday night / early Wednesday morning Google and Samsung will announce the Galaxy Nexus, the next Android developer phone and the very first device to run Android 4.0 “Ice Cream Sandwich”. We can confirm the specifications and details early.

First, the hardware. As rumored, the Galaxy Nexus is sporting a huge 4.65-inch screen, the extra space covering the new virtual navigation buttons. The screen is a truly impressive 1280 x 720, and even better, it’s a Super AMOLED panel, sure to please just about everybody who’s had experience with lower-resolution versions on previous Samsung hardware. The high res and small size (at least in relation to similar computer and tablet screens) gives the phone a dots per inch value of 316. The screen’s tempered glass curves in slightly, just like the Nexus S. 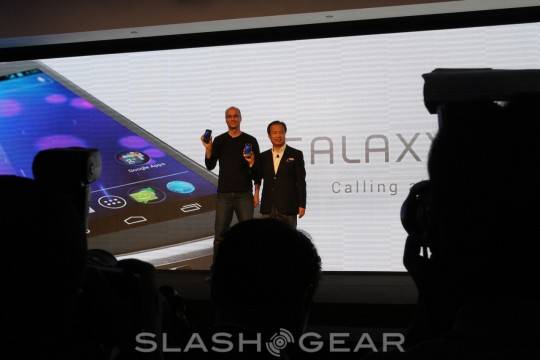 On the inside you’ll find a dual-core 1.2 GHz TI OMAP4460 processor with a full gigabyte of memory for Ice Cream Sandwich to fly on. 16 or 32 gigabytes of on-board storage is included in two different versions, which is high but not unprecedented for an Android phone. Electrical contacts on the side will allow drop-in docks to easily charge the phone.

Multiple versions of the Galaxy Nexus will be made available for various territories and carriers, and will come in GSM HSPA+ and LTE versions as well as CDMA LTE. The HSPA+ version is just 8.94mm thin, though the LTE versions will be larger, which is still enough to fit in a sizable 1750 mAh battery. A 5 megapixel camera will record video at 1080p, while the front-facing camera is 1.3 megapixels. Samsung has also included a first-in-class barometer sensor. The back is covered in no-slip material to keep the skinny device in your hand. 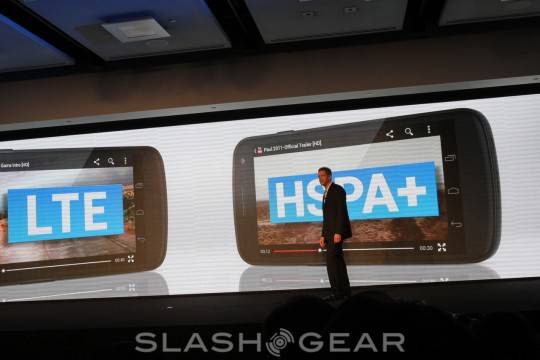 Of course, the physical aspects of the Galaxy Nexus are only half the story. As the first Ice Cream Sandwich phone it’ll be a preview of capabilities to come for the next year or more of Android phones, and, of course, tablets. Android 4.0 unites the development of Gingerbread and Honeycomb on a single software platform, allowing apps and the OS itself to adapt to different screen sizes and resolutions. Apps will expand or contract depending upon the hardware they’re running on, and Android itself will present different user interfaces for different hardware – in the case of the Galaxy Nexus, it’s in “smartphone mode”, whereas on a larger device it will resemble Honeycomb.

New user interface enhancements include a completely redesigned lockscreen and homescreen. The new people widget and notifications will be a big hit, but not as much as the swipe-to-close task manager integrated into the main menu bar, not unlike swiping cards in WebOS. The browser will open a desktop version of websites at the touch of a button, and Chrome bookmarks will sync automatically. Core android apps like Gmail are seeing some major UI overhauls, taking advntage of the HD screen with the custom Roboto font.

Some new features for Android include “Android Beam”, which allows you to “bump” NFC-enabled phones to share contact info or media. The Galaxy Nexus will use its front-facing camera and facial recognition to automatically unlock the phone for its user, and a new People app integrates your Google+ friends to help you find them. Google mentions a new Movie Studio app with background replacement. Google is adding a data usage section to the main settings, allowing you to see your current usage and a projected future level. Android will warn you about your data usage with specified limits and even cut you off at a predetermined limit if you want.

The camera app is being updated with a direct link on the lockscreen. After taking a photo a single tap can submit the photo to any app that uses Android’s sharing API. An easy zoom feature and tap-to-focus compliment a facial recognition auto-focus. Google says that the shutter is instant, making for extremely quick photo shooting. Contacts has been updated into “People,” complete with another magazine-style layout. Details for you and your contacts have a new UI that links to other apps like Twitter and Google+.

Photo editing is included in Ice Cream Sandwich, with the basic filters, crops and other tools we saw earlier. The editor is part of the gallery app, which has also been updated with a magazine style layout. It automatically organizes your photos via facial recognition or geotags. A panorama assist mode helps you create stitched photos easily. Android’s built-in video app is getting a makeover as well. IT can zoom while focusing, has automatic focus, and allows for complete manual white balance control on the 1080p recording.