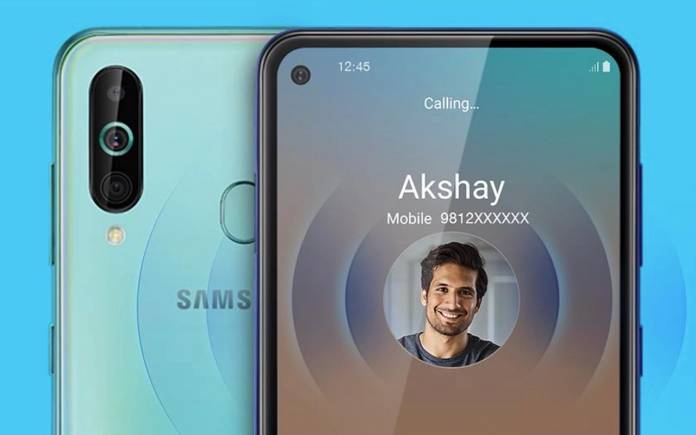 The Samsung Galaxy M may be an old series from the South Korean tech giant but it has remained throughout the years. It first brought AMOLED to the budget crowd back in 2012 but the company seemed to have for forgotten about it until last year when the Galaxy M20 was benchmarked on Geekbench. Galaxy M phones were said to be coming and 2019 indeed started with the Samsung Galaxy M20 and Galaxy M10 launching in India plus Samsung Galaxy M30 getting detailed before the official launch.

The Samsung Galaxy M series is said to include a notched display and the new model is proof. The new Galaxy M40 is a mid-range smartphone that boasts triple rear shooters as earlier rumored.

Samsung India has just rolled out the new Galaxy M40 with an Infinity O display and a Qualcomm Snapdragon 675 processor. It’s not a flagship phone but the specs and features are almost premium. There’s a large near bezel-less 6.3-inch screen with FHD+ 2340 x 1080 resolution, 91.8% screen ration, Corning Gorilla Glass, 6GB RAM, Adreno 612 GPU, up to 512GB storage via a microSD card slot, and a 3500mAh battery with 15W Type C fast charging tech.

Choose from either the Seawater Blue or Midnight Blue premium dual tone finish on a sleek 7.9mm body. The smartphone already runs on Android 9.0 Pie and One UI.

This one doesn’t come with a headphone jack but a pair of Type C earphones come out of the box. Audio is made better with Dolby Atmos 360 surround sound and Widevine L1 certification for HD content all the time.

Samsung has implemented the new screen sound technology here. This means the Galaxy M40’s screen transforms into a speaker when needed. When it comes to security, there is the fast Face Unlock and a fingerprint scanner on the rear.