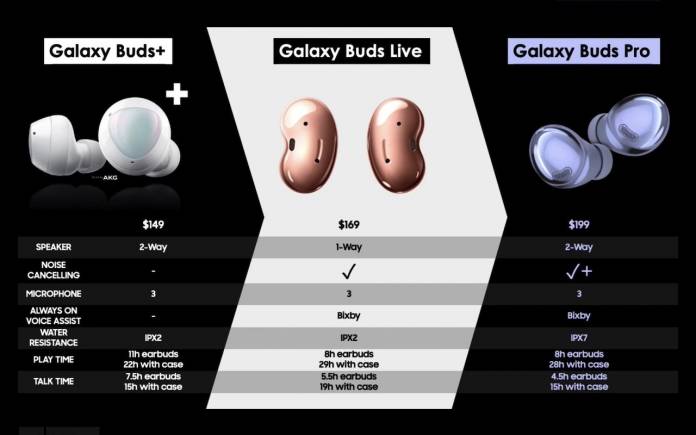 Samsung is working on a number of new products. Of course, that is expected from the top mobile OEM. Aside from the Galaxy S21 series and new Galaxy Z Fold smartphones, the South Korean tech giant is also working on a new pair of wireless earbuds. The pair, known this early as the Galaxy Buds Pro, may replace the Samsung Galaxy Buds+ and the Galaxy Beans Live. We already know some details like the possibility of a violet color option and the earbuds coming with Active Noise Cancellation and Spatial 3D Audio among others.

The Samsung Galaxy Buds Pro may arrive with the Galaxy S21 phones when the new flagship series is announced next month. The supposed Galaxy Buds Pro showed up on FCC listing earlier this month. The latest information we have comes from Twitter.

The Samsung Galaxy Buds Pro will be equipped with a 2-way speaker, noise cancelling as we mentioned earlier, three microphones for pick-up, Bixby (always-on voice assistant), and an IPX7 water-resistant rating. The earbuds can run up to 8 hours and 28 hours with case on playtime and 4.5 hours and 15 hours with case on talk time. 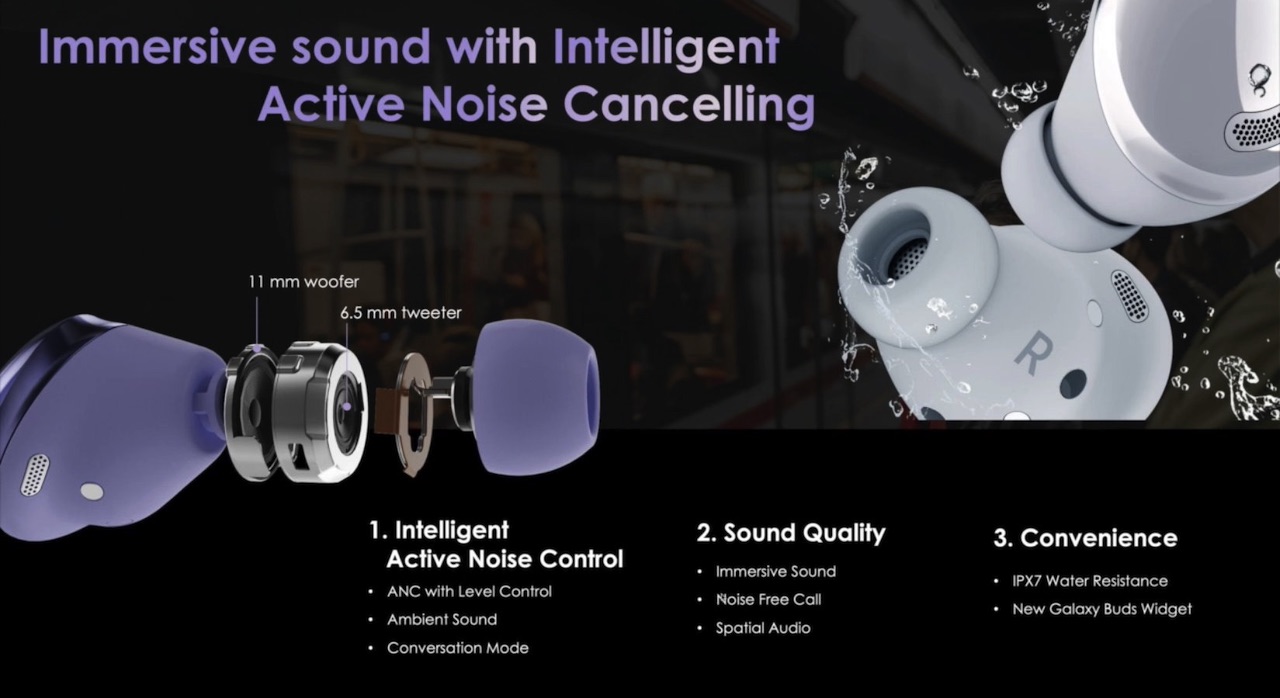 Another image has been shared that tells us more about the Active Noise Cancelling feature. Samsung is expected to deliver intelligent Active Noise Control for Ambient Sound, Conversation Mode, and ANC with Level Control. The earbuds’ sound quality will be immersive and optimized by Spatial Audio. Calls can be noise-free too with the Galaxy Buds Pro.