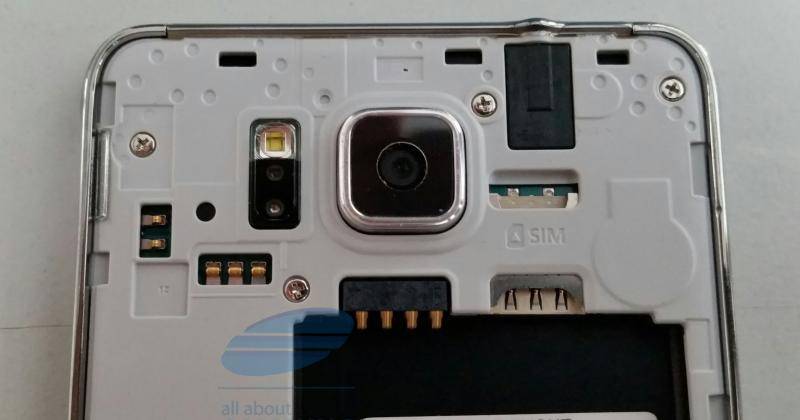 It looks like the somewhat mysterious Galaxy Alpha is shaping up to be quite a contender. What started out as an almost negligible semi-metallic mid-range smartphone is now turning into another mini flagship, bearing a decent set of specs inside a partly aluminum shell. Whatever the Galaxy Alpha may be, Samsung may have scheduled to reveal it to all in two weeks’ time.

Samsung isn’t exactly in trouble, but it got a rather shocking wake up call when its Q2 profits dipped for the first time in about three years. Now it seems that the manufacturer is quickly assuring the public, fans or otherwise, that it’s not yet through and that is has aces up its sleeves. A company executive revealed that it has two high-end smartphones in the works. One we all know to be the next Galaxy Note to be unveiled next month. The other, according to the exec, is built out of new materials, fueling rumors of a metal clad Samsung smartphone.

The Galaxy Alpha might be that device, since it was leaked to have a metallic frame, unfortunately still with a plastic rear. However, early leaked specs didn’t exactly inspire confidence, especially the 4.7 or 4.8 inch 720p screen that was consistent across leaks. Now, however, there might be some meat to those expectations after all. AnTuTu places a certain SM-G850F, believed to be the Galaxy Alpha, with a Samsung Exynos 5433. This is the very same processor rumored to drive the Galaxy Note 4 and has been seen to blow even the Qualcomm Snapdragon 805 out of the water. With a 4.8-inch 720p screen, also confirmed by this AnTuTu sighting, the SoC has less to drag it down in performance. There is also a good amount of RAM at 2 GB. Also interesting is that it will have a 12 megapixel camera on the rear. 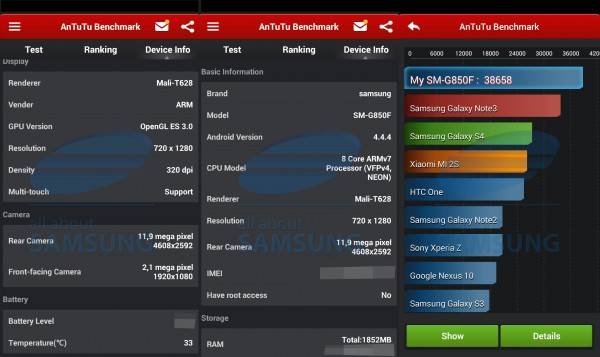 A last minute photo confirms some of the other features of this device, including a nano SIM card slot, a heartrate monitor, and the lack of a microSD slot. Samsung is reported to now be eying an August 13 unveiling of the Samsung Galaxy Alpha, instead of August 4, but still well ahead of the announcement of Apple’s iPhone 6 that this smartphone is being poised to compete with directly.