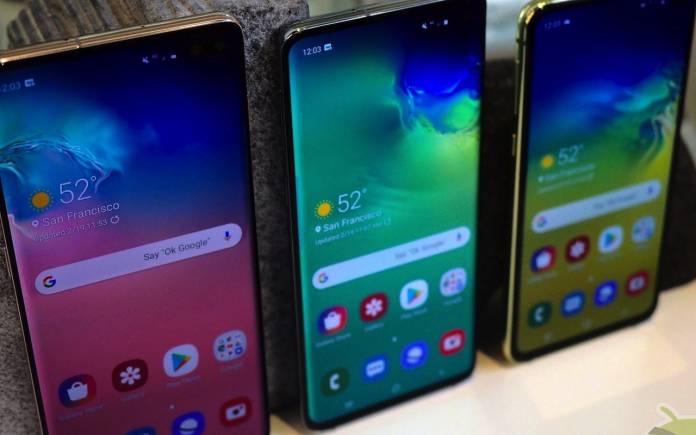 Samsung is getting more ahead of the Chinese OEM by being ever so prolific. After the Galaxy S10, a number of new Galaxy A series phones are being prepped for release. We’re thinking that Galaxy event in April will be all about the new Galaxy A phones headlined by the Galaxy A90. There’s also the Samsung Galaxy A40, Galaxy A2 Core, Galaxy A20e, and the Galaxy A60. There is no confirmation yet but there have been several hints and leaks being passed around on the web.

The Galaxy A90 was first mentioned here last month when some details were leaked. It was said to feature a sliding-rotating camera system.

The phone has been confirmed to arrive in the UK with the Galaxy A40 and Galaxy A20e. It could be the ‘Ultimate Gaming Device’ judging from the specs but now we’re learning the device may have a notchless display.

A notchless screen won’t be surprising at all because of the idea of a pop-up selfie camera. One quick mention of the Galaxy A90 with notchless Infinity screen was sighted on Samsung’s official website. 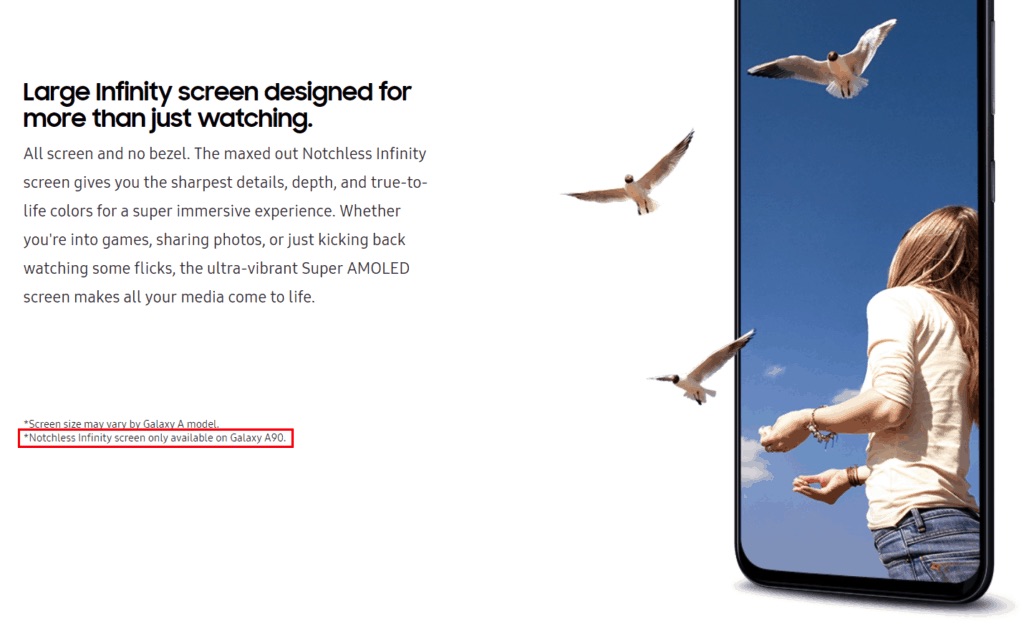 The promo page has since been pulled out so we’re assuming somebody made a mistake or Samsung simply overlooked the mention. The South Korean tech giant is expected to launch this phone next month so let’s wait and see.