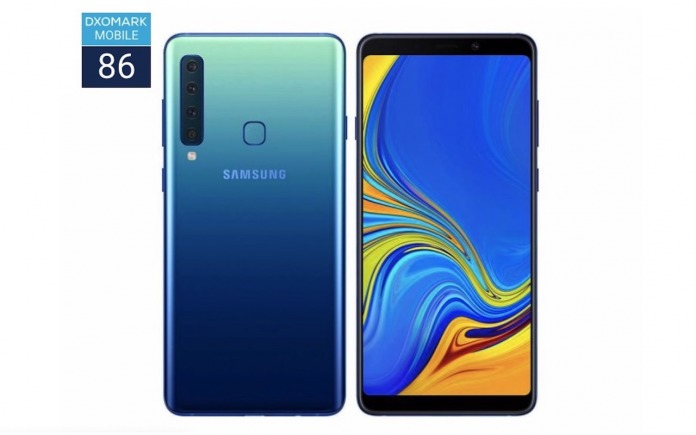 The Samsung Galaxy A9 has been around since October last year. Even before the Galaxy S10 and S10+ were announced, the South Korean tech giant already has the Galaxy A9 with the quad camera setup. There’s a total of five if we are to count the selfie camera. It’s only a mid-range device but the specs and features are almost premium. It’s after a few months that the DxOMark team has gotten around to reviewing the phone and testing it for mobile photography and videography.

The Samsung Galaxy A9 can be considered as the highest-level phone in the Galaxy A series. If you may remember, the company already discontinued the Galaxy J line so only the Galaxy A and Galaxy M are left.

Total DxOMark score is 86 (90 Photo and 77 Video). The score is decent but it’s only 18th on the list, just behind the Apple iPhone 7 Plus. We never really expected it to have high scores though since it’s only a mid-range phone.

When it comes to video, the phone shows an accurate white balance in most conditions. It offers effective stabilization especially with static subjects while noise is well-controlled when shooting outdoors. Autofocus (AF) is slow while colors are undersaturated. There are visible sharpening and strong ringing as well.