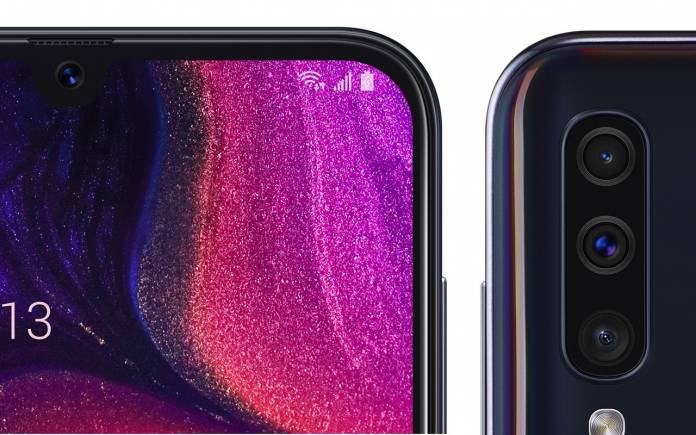 The Samsung Galaxy A50 was first made known to us back in February. It was announced together with the Galaxy A30 as major mid-range upgrades. It hasn’t reached the United States yet but earlier this month, we mentioned the Samsung Pay-enabled Galaxy A50 would be arriving in the country soon. The smartphone is finally ready for Stateside release just in time for Summer. The phone will roll out starting June 13 via Verizon with a mid-range price of $349. Forget about the Galaxy Fold, for now, Samsung has a new Galaxy A offering with almost premium specs.

The Galaxy A50 is one powerful smartphone for its price. It’s a mid-tier mobile device ready with advanced imaging features, fast-charging battery, and an immersive screen. The A50 is powerful for its price, thanks to the high-quality features.

Verizon will sell the phone this week but it’s not an exclusive carrier for the Galaxy A devices. Other networks like US Cellular, T-Mobile AT&T, and Comcast will also offer other Galaxy A series phones. Specifically, the Galaxy A10e and Galaxy A20 will also be offered in the next few weeks.