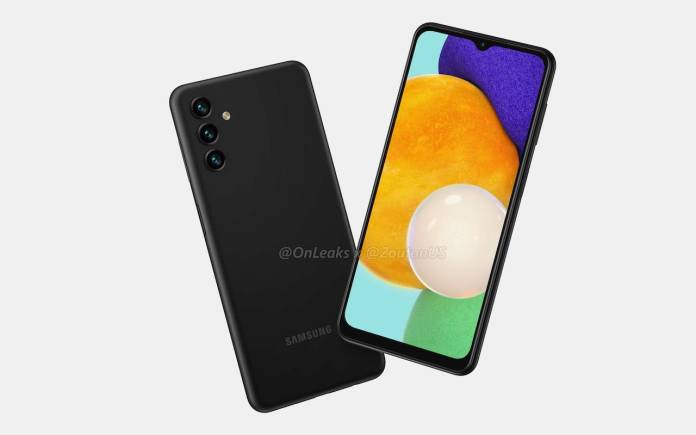 A new Galaxy A series phone is about to launch. It won’t be just any ordinary mid-range but one that offers ultra-fast 5G internet. The mid-range 5G phone’s launch is about to happen so expect more renders and information will surface. Samsung will release the Galaxy A13 5G, following the Galaxy A22 5G which is one of the brand’s current best-selling mid-range products. As early as September, we noted that Samsung Galaxy A13 5G may come with a 50MP camera and a 5000mAh battery.

Specs were leaked ahead of announcement. The 50MP primary camera was mentioned again so we believe it is true. The phone will run on a 5000mAh with 25W fast charging. There will be a headphone jack, USB Type-C port, and a fingerprint reader on the side.

The Samsung Galaxy A13 5G will have different variants because they will roll out in different regions. Sighted on Bluetooth SIG database are the model numbers: SM-A136U, SM-A136U1, and SM-A136W. Mainly, these are for the carrier-locked and unlocked devices for Canada and the United States.

The entry-level 5G smartphone is expected to feature a 6.5-inch Infinity-V display, MediaTek Dimensity 700 processpr, and Bluetooth 5.0 with LE. Color options are as follows: White, Orange, Black, and Blue. There will be 4GB or 6GB of RAM and 64GB or 128GB built-in storage. Memory is expandable with a microSD card slot.

Interestingly, the Galaxy A13 will also come with a 4G-LTE only version. That means the price will be be more affordable. A user manual is said to have mentioned the phone may only use Android 11 and not Android 12 OS.