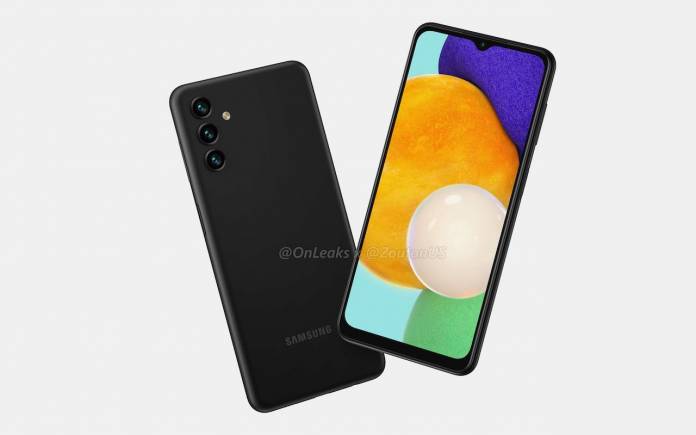 A couple of weeks ago, we noted the Samsung Galaxy A13 5G could come with a 50MP camera and 5000mAh battery. The phone may launch soon as new details and images have surfaced before the official launch. Major information have leaked including the design, prices, key specs, and 5K renders. Some specials deals have also been shared. The mid-range phone will run on a MediaTek Dimensity 700 octa-core processor, and 4GB of RAM plus a 5000mAh battery.

When it comes to the camera department, the ISOCELL JN1 sensor on the 50MP main camera with f/2.0 (Wide) will do its job with two more cameras including a 5MP f/2.2 UltraWide and 2MP f/2.4 Depth. As a budget 5G phone, the Galaxy A13 5G is expected to deliver competitive specs and features.

A set of image renders have surfaced so we have an idea how the phone will look. Price could be around $290 in North America which means the US and Canada.

The smartphone will come equipped with a 6.48-inch IPS LCD screen with 83.4% screen-to-body ratio. There is a selfie camera under the teardrop notch in front.

The Samsung Galaxy A13 5G will come with a plastic build. It will only feature 64GB onboard storage, 4GB RAM, and Android 11. It may be updated to Android 12 once available.