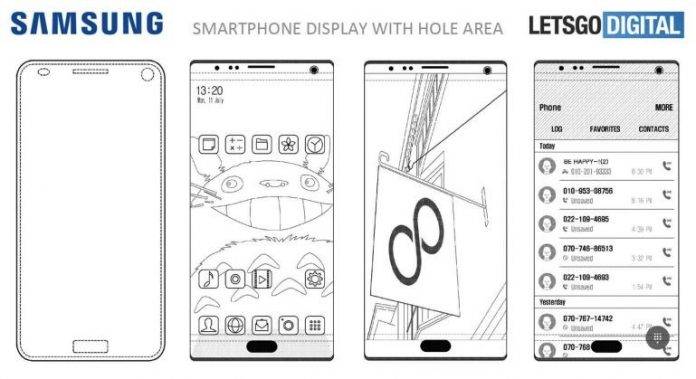 We’ve been busy waiting for the Galaxy S9, S9+, and even the Galaxy Note 9 that is due in the second half of the year. Pages have already been filled with information about the S9 duo and hopefully, we’ll get to confirm most details at the Mobile World Congress happening in February. One of the more interesting bits we heard was the patent filed by Samsung of a device with a fuller front display with sensor cutout. That was in September last year but just recently, another patent was filed by the South Korean tech giant that shows a 100% full screen.

So the “almost bezel-less” description will soon be an old thing? That is a possibility but more work still has to be done not just by Samsung but also by other big names in the mobile arena. The patent here was filed last year on May 12. It’s a bit old but it will make sense for future smartphones.

This patent was given the title ‘Electronic apparatus having a hole area within the control and control method’. It presents a 100% full screen so we’re assuming the camera, sensor, and other holes will be embedded on the display. The idea of on-screen features isn’t new. In fact, we’ve only been waiting for it. However, such technology isn’t fully ready yet so we have a feeling we won’t see this patent become a reality this year.

The patent images show two variants. They are just concepts so don’t expect any related announcement anytime soon. One variant will remind you of the Essential Phone and iPhone X because of the notch. There is also the idea the fingerprint rear is placed at the front again. It could be under the screen or as a physical button but located in a recess.

We don’t think this is for the Samsung Galaxy S9 duo but it can be of the Galaxy Note 9. 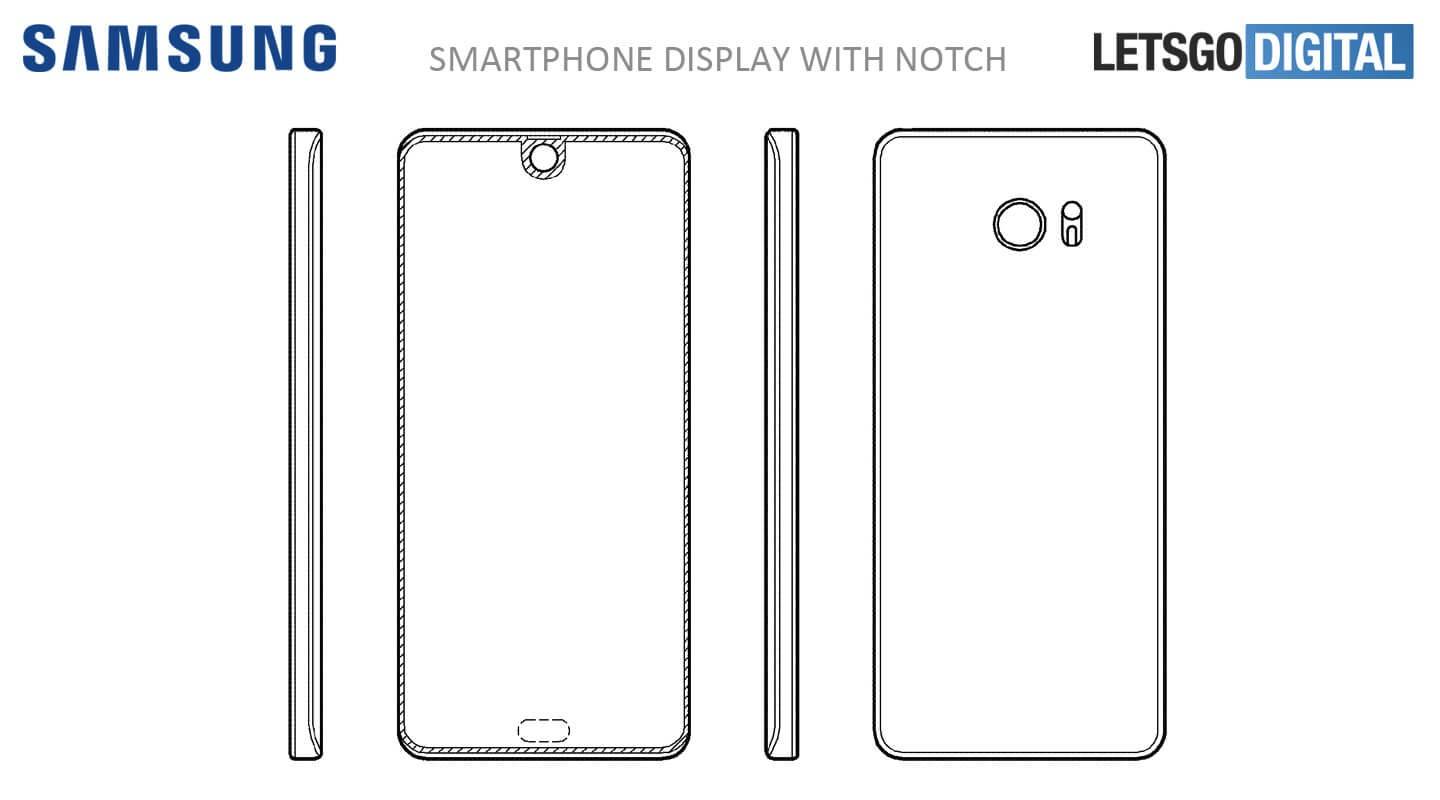