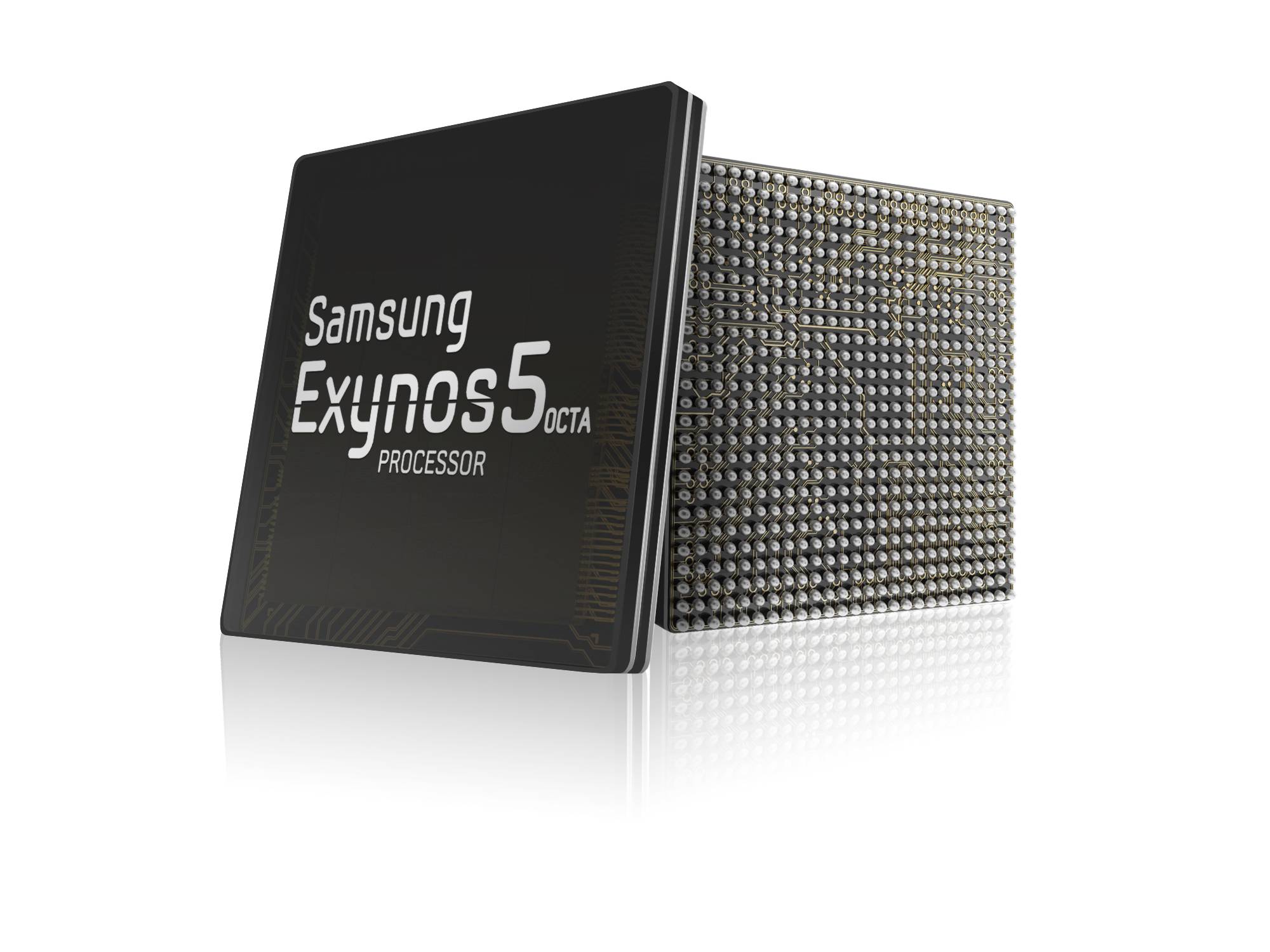 Samsung may have announced the 8-core Exynos 5 Octa chip back in January during CES, however it wasn’t until today that we got word of when they would actually begin production. Samsung has said the processor should be in mass-production beginning in the second quarter of the year. This of course ties in nicely with the recent GALAXY S 4 announcement.

As we recently learned, the GALAXY S 4 will be running the Exynos 5 Octa processor outside the US. Those in the US will see the Qualcomm Snapdraon 600. Back to the production though. Looking at Q2 2013 means this should be kicking off sometime in April. Aside from the timeframe regarding the mass-production, Samsung hasn’t given up much more in terms of new details.

What we have comes from previous reports. Samsung has previously described the chip as featuring an “unprecedented eight-core ARM big.LITTLE architecture based on the Cortex-A15 CPU. Basically, that the processor has been built for efficiency. They give a fairly simple explanation in the video below.

Diving a bit further in and we have an 8-core processor that will be split between four Cortex A15 cores and Cortex A7 quad cores. This will break down by allowing certain tasks to be handled by certain cores. Samsung has said that the Cortex A15 will handle tasks to include heavy duty apps such as graphic-rich games and the Cortex A7 will handle the lighter tasks to include emailing, web searching and mapping. Or in terms of efficiency, this approach is said to be able to offer up to 70 percent energy saving when performing various tasks (as compared to using Cortex-A15 cores only).