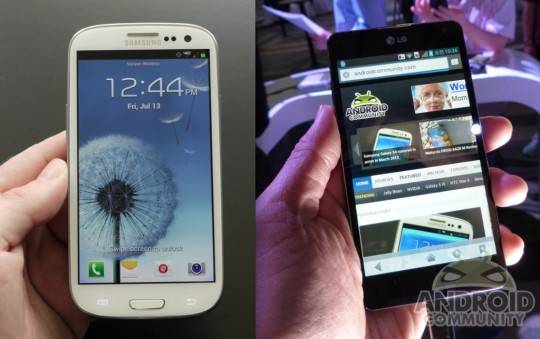 Samsung has announced today that it plans on dropping its LCD patent case against LG. The case was over Samsung’s OLED (organic light-emitting diode) displays. The case originated in 2011 when Samsung believed that 11 of its researchers leaked the details of its OLED displays over to LG. LG fired shots back by filing its own patent suits against Samsung, seeking an injunction against a variety of Samsung’s devices.

The battle between the two companies began to settle down in February, with both groups resorting to peaceful discussions rather than painful litigation. They were in talks and according to Samsung’s Display Chief Executive, the two were planning on cross-licensing their technologies. Whether or not the two have come into a cross-licensing agreement is still up in the air, however their legal woes have just begun.

Just yesterday, LG claimed that Samsung infringed on its eye-tracking patent. The Samsung GALAXY S 4 presentation on March 14th showed Samsung’s device utilizing what it calls the Smart Pause feature. When the users eyes are looking away from the phone while a video is playing, the video pauses. Once the user looks back onto the screen, the video resumes playing. LG announced a very similar, well actually the exact same, feature for its upcoming LG Optimus G Pro update.

There’s also speculation that one of the companies copied the other’s “eye-scrolling” feature. The feature, called Smart Scroll on Samsung’s devices, detects whether your face is looking up or down on a web page or email, and it scrolls accordingly. The LG Optimus G Pro will be receiving both these eye-tracking features next month via an update, around the same time the Samsung GALAXY S 4 is expected to launch. These eye-tracking features seem too similar to be a coincidence and they’re both coming out at the same time, so it’s very possible that Samsung and LG may really have spies in their companies.